After waving goodbye to the beauty of Great Sand Dunes, my mom and I continued making our way north back toward Montana.

Our next stop was just outside Colorado Springs at the Garden of the Gods. Garden of the Gods is a large public park that is home to towering red rock formations. Its beauty is said to be “fit for the Gods,” thus how the park got its name. The geological features at Garden of the Gods are millions of years old; the shapes are a result of erosion while the color can be mostly attributed to the presence of iron in the rock.

Adding a second layer of beauty to Garden of the Gods is its location at the base of the Rocky Mountains, with Pikes Peak – one of the tallest and most prominent mountains in Colorado – in the background.

Admission to Garden of the Gods is free. The park has picnic tables, a Visitor & Nature Center with exhibits explaining the geology, ecology, and human history of the area, and 15 miles (24 km) of trails. We hiked the 1.5 mile (2.4 km) Perkins Central Gardens loop trail that weaves in and around some of the red rock formations.

I was very sad a couple summers back when those horrible forest fires swept through Colorado. The area around Garden of the Gods was among those that were affected. However, I read someone else’s blog post about Garden of the Gods a few months back (shout-out to whoever this was, I can’t remember…) and their photos didn’t show any evidence of the fires so the park itself, at least, seems to have been spared.

There isn’t much more to say here, so I’ll keep this one short and sweet and just include a bunch of photos. Enjoy! 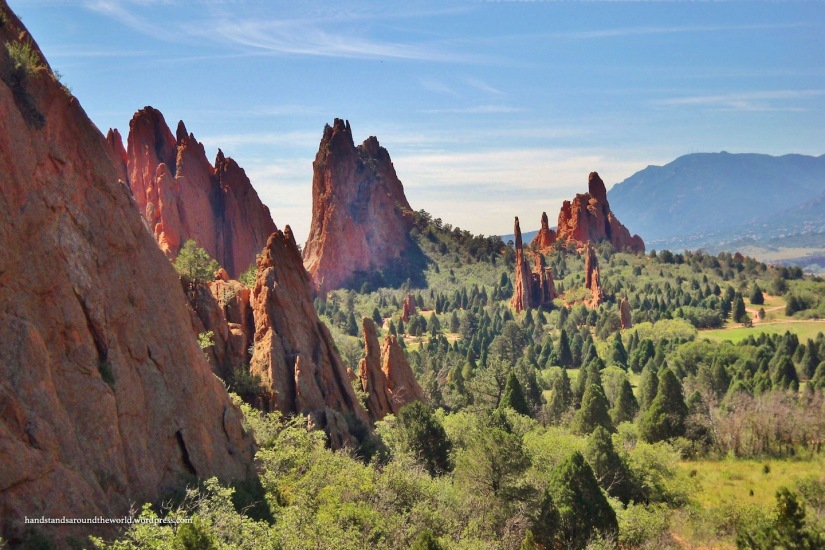 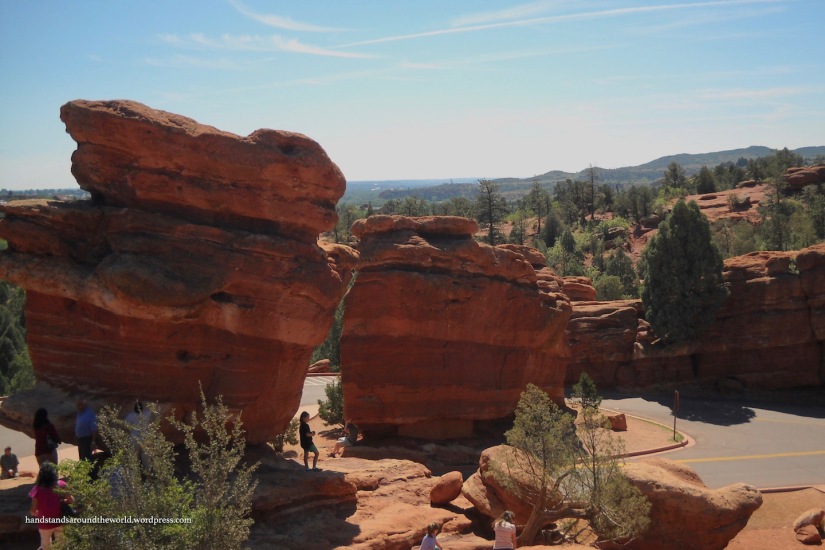 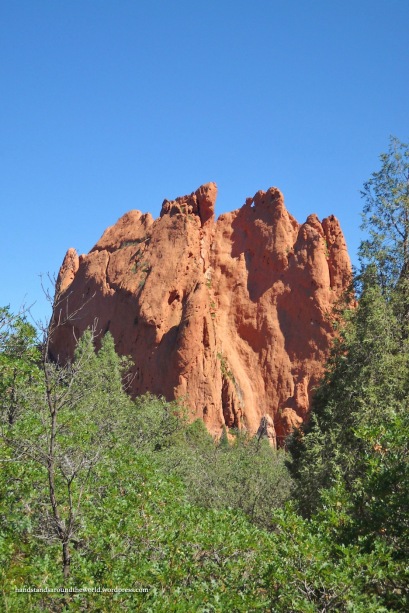 15 thoughts on “Fit for the Gods – Garden of the Gods, Colorado”

My hiking goal this year wasn’t about distance or number of hikes. In January 2021, I set the goal to hike at least 100k vertical feet this year. I’ve been so busy recently that it was starting to look like I wasn’t going to make it. But @colorado_chelsea found us a short but very steep hike we could squeeze in today that would get me to my goal!
Utah trip: the handstand version 🤸🏼‍♀️
Another year, another #americathebeautiful pass. Since last November, this one has taken us to Utah and Nebraska, New Mexico and Colorado, and a few other places in between. Today we used it one last time to #optoutside and enjoy these stunning views
Still not over this morning’s beautiful sunrise
Getting here was an adventure of route finding (and sometimes route missing 😂), steep climbs, scrambling, walking across awkwardly-tilted rock slabs, and then slipping our way back down the steep hills. But also, it was pretty neat. Thanks @fueled_by_candy for hiking with me! After 13 straight days of work, I desperately needed some time in nature with a good friend
I thought the aspens were past peak but @colorado_chelsea and I saw lots of colorful leaves today 🍁