Today, we return to the “On Top of” series I began a while back as I recount our hike up the highest point in Massachusetts: Mount Greylock!

With an elevation of 3491 feet (1064 m), Mount Greylock is much taller than either of the previous state high points we’d visited (Connecticut and Rhode Island). It has a prominence of 2464 feet (751 m) which also makes it a more legitimate summit than many of the things that southern New England attempts to pass off as “mountains.” But I digress.

Mount Greylock is located in the Taconic Mountains in the northwest corner of Massachusetts. It can be summited by car or on foot, with views from the top extending out over the state and 4 of its neighbors. Unfortunately, the Massachusetts War Veterans Memorial Tower on the summit was closed for renovation when we were there so our views were somewhat limited.

There are multiple trails to the summit, all of which are encompassed within the boundaries of Mount Greylock State Reservation. For the life of me, I can’t remember which trail we took, and looking at the trail map didn’t jog my memory. I do know that we eventually connected up with the Appalachian Trail near a shelter and a small pond, and followed it the rest of the way to the summit. 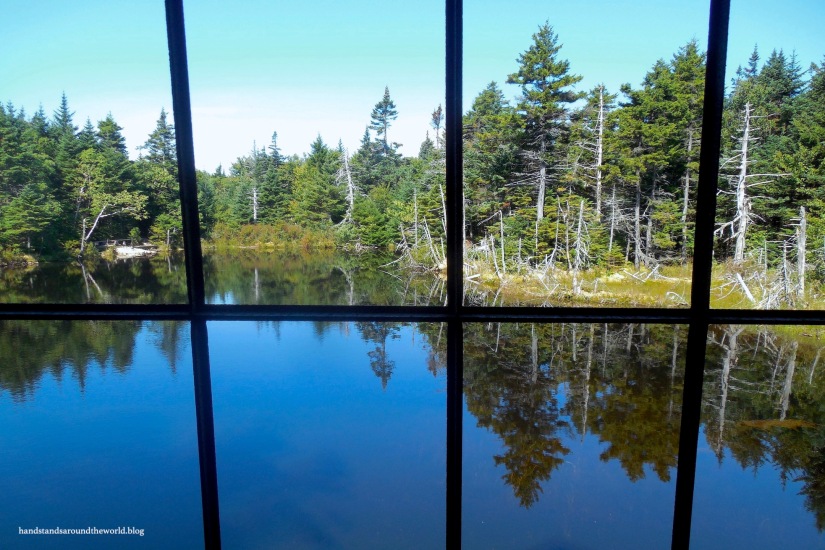 For any Harry Potter fans out there… the summit of Mount Greylock is – according to J.K. Rowling – the site of Ilvermorny, the North American School of Witchcraft and Wizardry. It’s only visible to wizards and witches, and we were unable to see it, so I guess that’s confirmation once and for all that neither of us have any magical abilities.

I’ve never been more disappointed in my entire life.

11 thoughts on “On Top of Massachusetts: Mount Greylock”

My hiking goal this year wasn’t about distance or number of hikes. In January 2021, I set the goal to hike at least 100k vertical feet this year. I’ve been so busy recently that it was starting to look like I wasn’t going to make it. But @colorado_chelsea found us a short but very steep hike we could squeeze in today that would get me to my goal!
Utah trip: the handstand version 🤸🏼‍♀️
Another year, another #americathebeautiful pass. Since last November, this one has taken us to Utah and Nebraska, New Mexico and Colorado, and a few other places in between. Today we used it one last time to #optoutside and enjoy these stunning views
Still not over this morning’s beautiful sunrise
Getting here was an adventure of route finding (and sometimes route missing 😂), steep climbs, scrambling, walking across awkwardly-tilted rock slabs, and then slipping our way back down the steep hills. But also, it was pretty neat. Thanks @fueled_by_candy for hiking with me! After 13 straight days of work, I desperately needed some time in nature with a good friend
I thought the aspens were past peak but @colorado_chelsea and I saw lots of colorful leaves today 🍁