This might actually be my favorite winter hike of all time.

My first trip to Mayflower Gulch was with a friend in early 2019; the second visit was just this last weekend with Pat. Mayflower Gulch is a beautiful winter destination. The only downfall is that to get there from Denver one must brave the ski traffic on I-70. And boy does it suck. We were on the interstate by 6:30am and traffic was already building. It should have been about a 90 minute drive to the trailhead, but it took us at least 2 hours to get there and more than 2.5 to get home… both times. I don’t know how people do this every weekend in the winter. Once was enough for me.

Anyway, the Mayflower Gulch trailhead is located along CO Highway 91 about 6 miles (9.6 km) past Copper Mountain ski area. The parking lot isn’t marked, but it’s plowed in the winter and will be visible as you approach. There are no restrooms or water at the trailhead.

The first portion of the trail is a 4WD road in the summer, but in winter it’s only open for skiing and hiking. On both visits, we strapped on our snowshoes and began making our way up the trail into Mayflower Gulch. This area is home to the old – and ultimately unsuccessful – Boston Gold Mine. The first of the ruins are visible along the trail. A photo of one is below; the other was so buried in snow that I didn’t even see it on my first visit and wasn’t able to get a good photo of it the second time around. 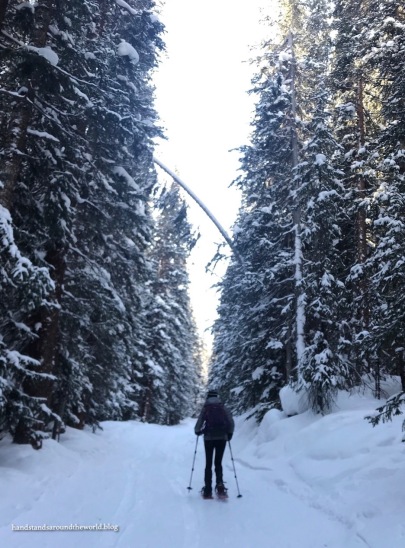 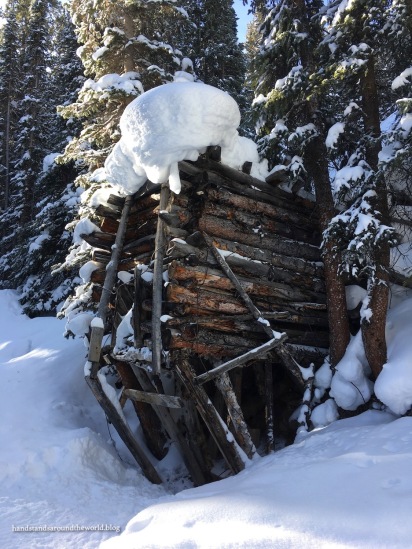 After about 2 miles, the trail emerges from the trees and forks; we initially continued to the right and up toward the ridge line but promptly abandoned this attempt as it was headed straight up an avalanche-prone slope.

Retracing our steps, we returned to the intersection and went left this time, past a gate (which was nearly buried in snow) and up into the center of the gulch. This area is home to the rest of the Boston Mine remains and is open for exploration. You can even walk into a couple of the buildings. 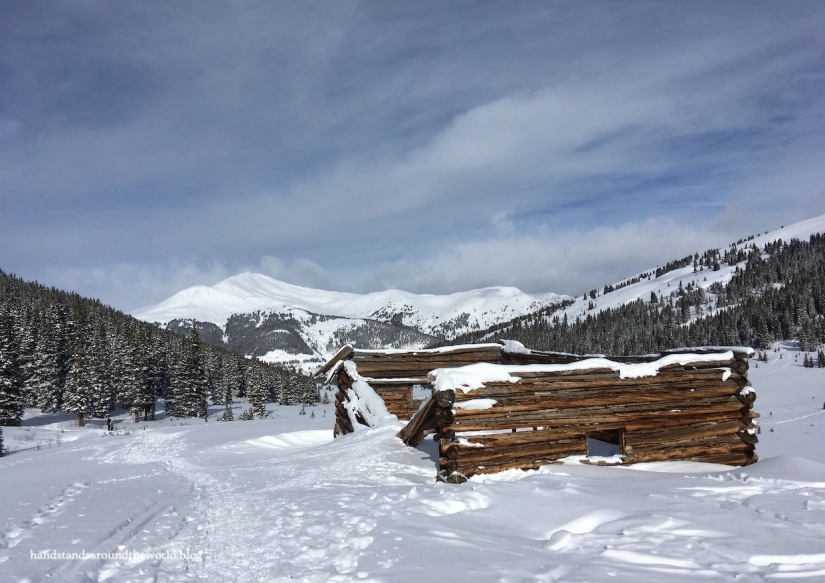 From the main area, there is another building up the hillside that’s just barely visible. On my first visit, no one had yet been up there that morning so we decided to break trail up to it and once we did a few others began to follow.

Prior to our visit this past weekend, I’d heard rumors that there were a couple more buildings up even higher. Pat and I took a chance – and it was a pretty big chance, given that we had to break trail through deep snow for quite a distance – but there were in fact two more buildings up there. One of them was the largest structure in the area and from it, a cable extended up the hillside to a second structure that appeared to be built into the side of a cliff.

Truthfully, though, it would’ve been worth the trek even if there hadn’t been ruins, because once we reached this upper bowl we had gained enough elevation to see over the western wall of Mayflower Gulch to the rugged mountains beyond.

And just as we were preparing to forge a path back down, Pat and I glanced over our shoulders to see an example of a phenomenon called cloud iridescence (photo below). These rainbow illusions form when sunlight reflects or refracts off certain types of clouds, and since the sun hadn’t yet crested the ridge we were able to see the full array of colors. 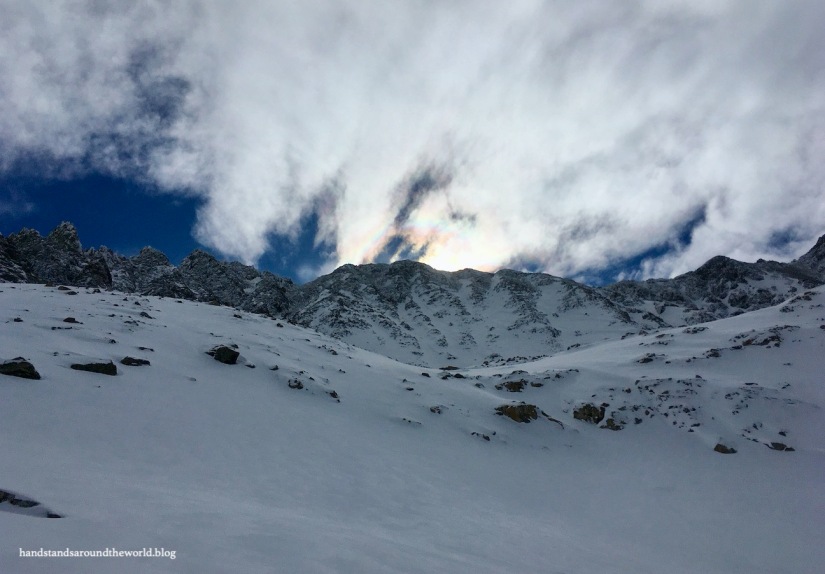 It was an unexpected and colorful ending to a beautiful winter hike!