It’s been a while, but it’s time for the next Connecticut State Parks post! There will probably be only one more after this, as I’ve finally almost made it through the list of parks I visited in my six years in Connecticut.

The first four parks in today’s post Pat and I actually visited in the same day. It was one of those whirlwind things, but we figured if we were gonna drive all the way down to southwestern Connecticut, we were gonna see everything we possibly could. I’d say we did a pretty good job. 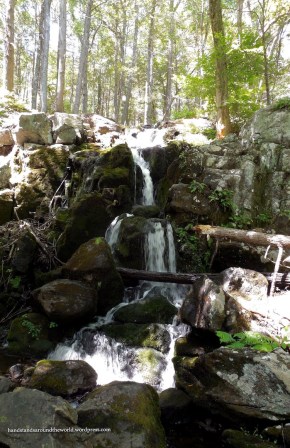 The Paugussett State Forest, in southwestern Connecticut, is divided into two sections that run alongside the Housatonic River. Pat and I visited the southern section, which encompasses the forests and waterfalls along the western shore of Lake Zoar, which was created by the damming of the Housatonic River in 1919. We entered the forest from the south and hiked a trail along the lake up to Prydden Falls. This was a small waterfall and a pretty quiet area, so if you’re looking for a peaceful place to soak up some nature, this is the state forest for you. 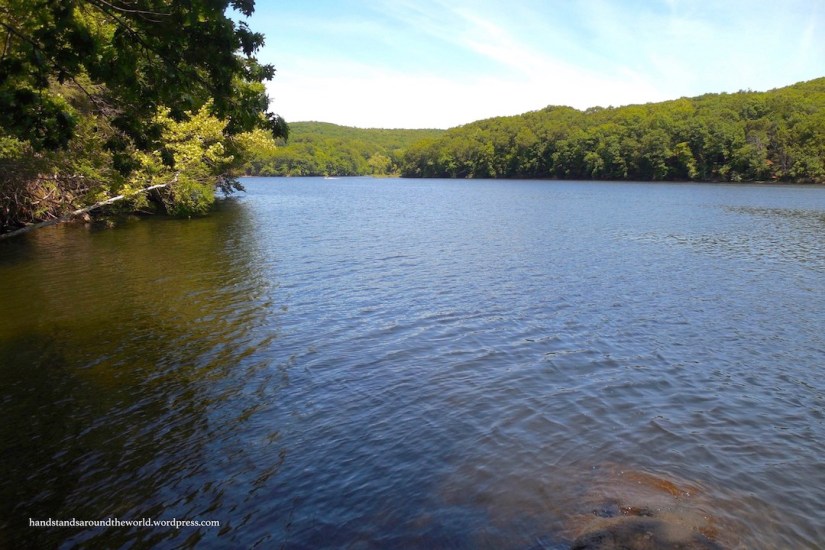 2. Kettletown State Park – Southbury, CT
Kettletown State Park is on the opposite edge of Lake Zoar, and again encompasses the surrounding hills and forests as well as the lake shore. In addition to the views we were treated to after hiking the Crest Trail up to a high point, this park has a very interesting history. The Pootatuck Native Americans used to inhabit this area, and had developed a communication system using drums that allowed for transmission of messages for 200 miles in about 2 hours! Unfortunately, very little of the original settlement – including the drums – remains today. 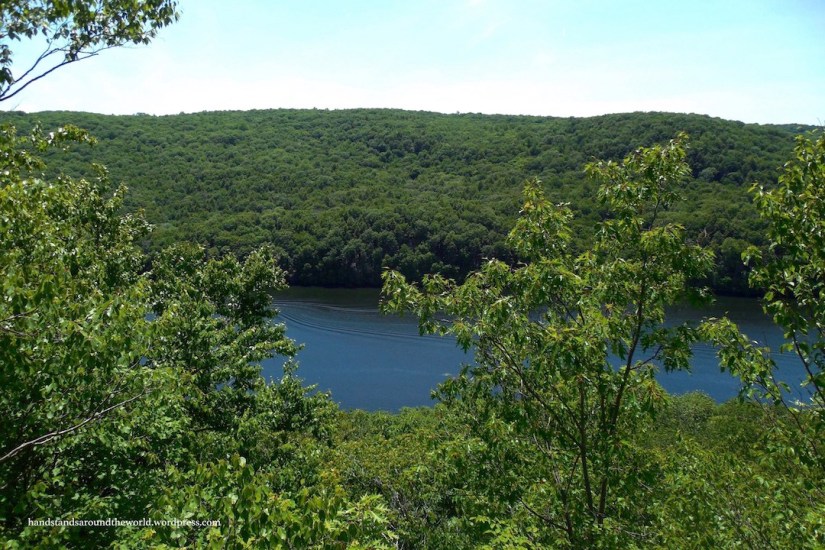 3. George C. Waldo State Park – Southbury, CT
Our third park of the day is also located along the Housatonic River, upstream of Lake Zoar on Lake Lillinonah. This is a very undeveloped park, consisting only of a parking area and trails. We followed the access road to the lake shore, and encountered very few other people. This is another place that’s perfect for a leisurely walk through the woods and a quiet opportunity to relax on the lake shore. 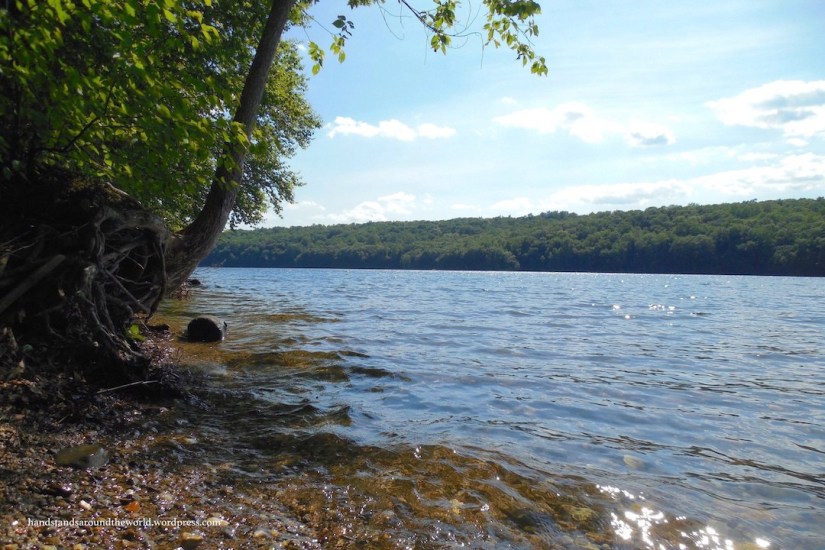 4. Southford Falls State Park – Southbury, CT
Our final stop on our whirlwind day was Southford Falls, which is one of the prettier waterfalls in Connecticut. It’s not overly tall (but let’s be realistic, none of the waterfalls in CT are) but the water of Eightmile Brook tumbles over a long narrow set of rocks in a very neat stepwise fashion. While visiting, we also walked around Papermill Pond and through a red covered bridge that spans the creek. This is absolutely one of my favorite waterfalls in Connecticut, and a park that certainly deserves a visit! 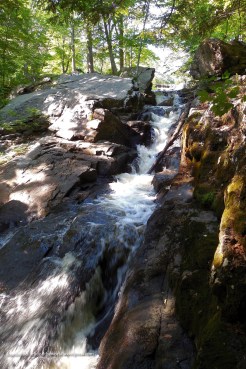 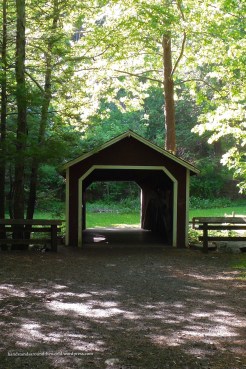 5. Black Rock State Park – Watertown, CT
This was by far my least favorite Connecticut state park experience. It had nothing to do with the park itself – the scenery was fine, the trails were good, the campground was pretty nice. What wasn’t nice was our camping neighbors… and also the apparent lack of enforcement of quiet hours that occurs here. The group camped next to us were idling their diesel truck until one in the morning so they could play their radio, and they also had their generator running very late into the night. There were no park employees to be seen and no one in this group seemed to care that they were disrupting those of us who didn’t want to stay up until 1:00 a.m.

Pretty much the only saving grace of this park was that we got to hang out with Pat’s family, and that we saw the International Space Station fly overhead. 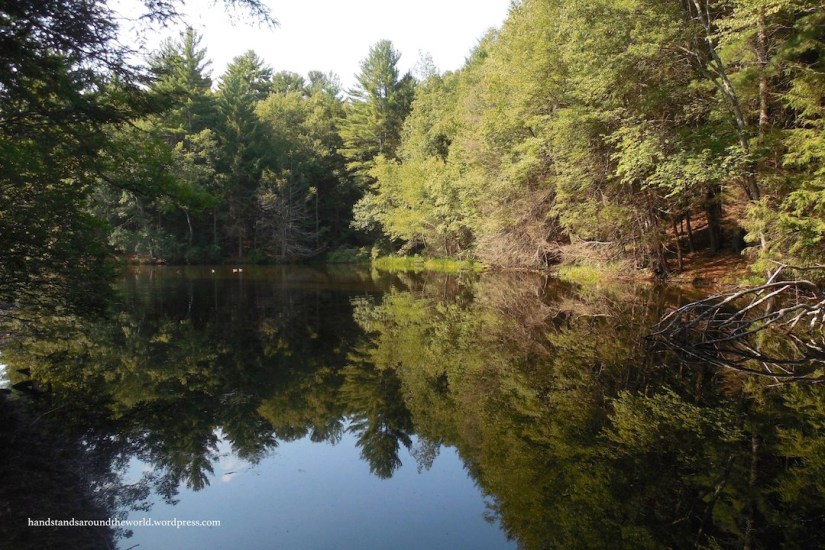 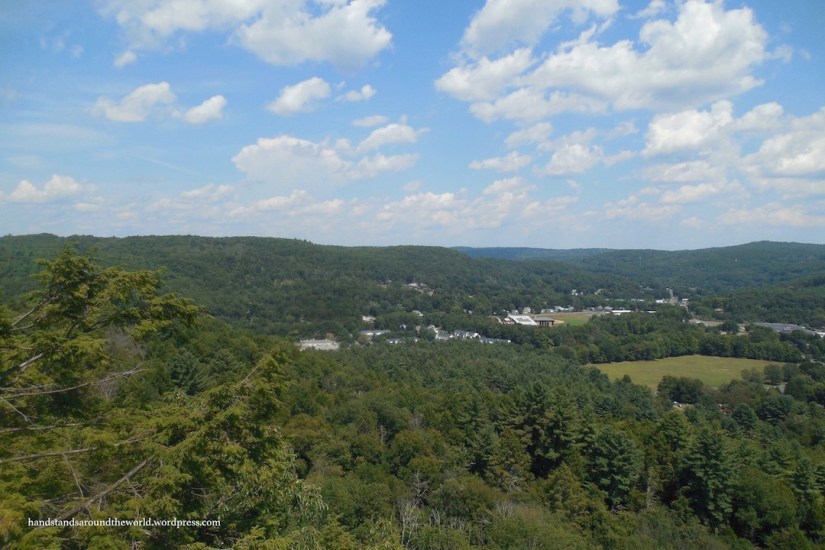 6. Burr Pond State Park – Torrington, CT
Burr Pond isn’t located in southwestern Connecticut like the rest of these parks, but I didn’t really have a better place to put this one, so, well… here we go. Burr Pond lies in amongst the forested hills west of Hartford. Pat and I visited this park on an unusually warm day in January, but it had previously been cold so the pond was frozen and pockets of snow still covered the ground. We ate a picnic lunch at a table by the shore and then hiked all the way around the pond, which took maybe an hour or so. It’s a decently sized pond, and the sun shining down on the ice-covered water was very pretty. 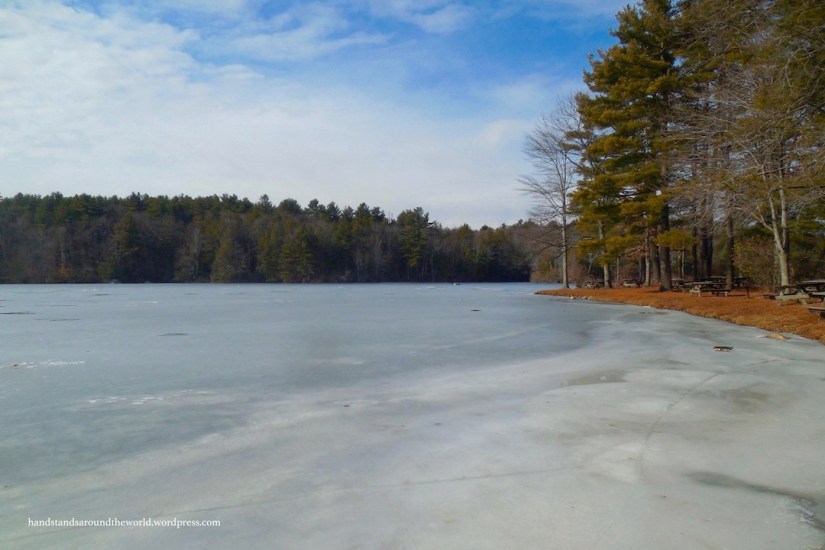 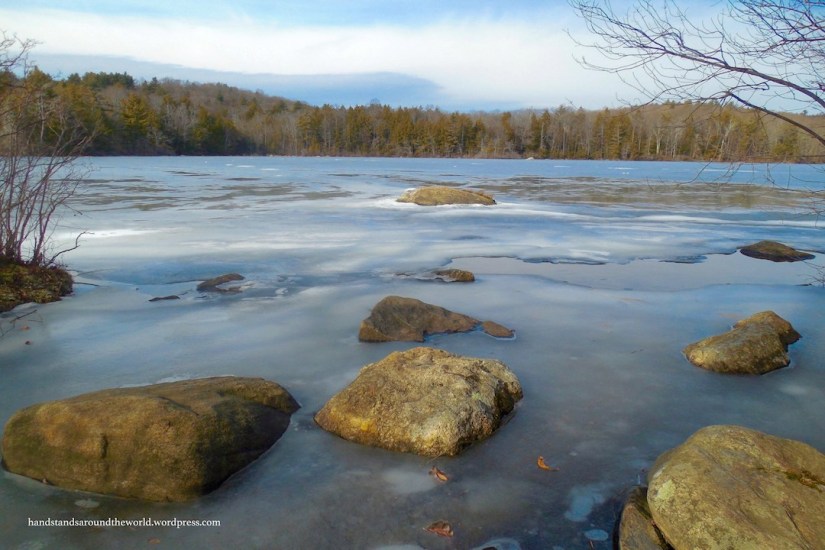