Welcome to post #2 in my world capitals series, and happy (early) 4th of July to all my American readers! It seems appropriate to celebrate the holiday with stories of my time spent in our nation’s capital.

You’d think the capital of my home country would’ve been post #1. It was, after all, the first national capital I ever visited. But I wanted to hold off on writing this one, because I knew I’d be returning to DC one more time before moving away from the East Coast and wanted to include those photos here as well.

As the capital of the United States, the District of Columbia goes by many names. Out west, we call it ‘DC.’ On the east coast, they call it ‘Washington’ (not to be confused with the state of Washington). In and around DC, it’s often referred to as ‘The District.’

For my non-American readers or anyone who isn’t familiar with the area, DC is a city of about 700,000 people located in a small square of land between Maryland and Virginia. It’s not part of any state; it’s a capital district. It’s also the home of our national government, making it a place that’s highly worth a visit.

DC and the surrounding area is home to most of the federal government office buildings, the national gallery, zoo, and museums, and many national monuments commemorating important people and/or times in US History.

And all of these things are free and open to the public!

(To clarify – there are private museums that charge an entry fee, but everything federal is free.)

It shouldn’t come as a surprise, then, that DC was one of the first places I visited once I moved to the East Coast. I had a friend living just outside the city in Virginia and another friend in North Carolina so we all met in DC for a long weekend – which also happened to coincide with the 4th of July – for a tour of our nation’s capital!

I returned three summers later with Pat and my mom in tow; it was my mom’s first – and likely only – visit to DC so we set out to see as much as possible and ended up walking 15 miles (24 km) in one day. If I’m not mistaken, that day still holds the record on her FitBit for ‘most steps.’ We were over 40,000!

(If you’re not up for so much walking, the Metro is pretty easy to navigate. On my first trip we stayed with my friend in Virginia and on my second we camped at Greenbelt Park in Maryland; both times, I took the Metro into the city.)

I visited DC one more time this past spring. One of my best friends and her husband live there now and I promised I’d come visit before we moved away. We were even able to coordinate it around the peak bloom of the cherry blossoms.

We coordinated it around what was supposed to be the peak bloom, but the never ending stream of winter storms this last March wreaked havoc on the timeline. Nevertheless, I got to see some cherry blossoms (and also some magnolias) in bloom! 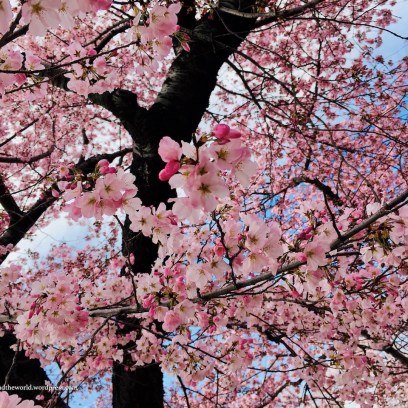 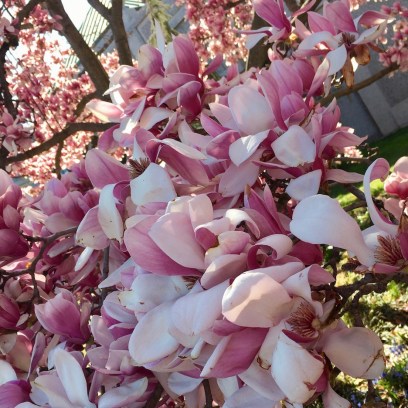 The photos and stories below are a combination of all three trips to DC. I’ve also tried to link to important info about tours, maps, and how to navigate the city.

Fourth of July in DC is a busy time, but sitting in Arlington National Cemetery watching fireworks light up the sky above the National Mall in celebration of our nation’s birthday was a pretty special occasion.

DC is a very walkable city, with the majority of the highlights lying in the National Mall. The Mall is a 2 mile (3.2 km) long grassy strip with the Lincoln Memorial on one end and the US Capitol Building on the other, with the tall, narrow facade of the Washington Monument rising in the middle.

The entire area – called the National Mall and Memorial Parks – is owned by the National Park Service. For those who collect NPS Passport Stamps, this is a great place to get about 18 of them in one day! Individual stamps are at each monument (sometimes you have to do a bit of sleuthing) and you’ll also find a complete collection in the visitor center at the Washington Monument. 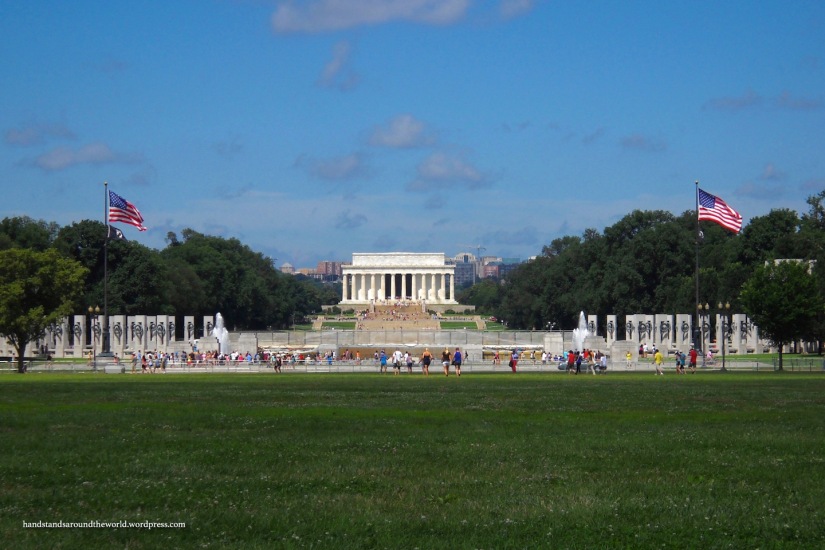 The Washington Monument has been under construction for most of the last 5 years and elevator tours are currently unavailable until 2019. The Capitol Building was under construction when I was there too, so be prepared for the fact that one or more of the monuments may not look exactly as you expect them to.

Tours of the US Capitol Building are free, but this one requires some advanced planning. It’s highly recommended to reserve tickets online before your trip, and anything that wouldn’t make it through airport security won’t make it into the building, so you’ll need to plan for that too. We rented a locker at Union Station for a couple hours to stash our things.

The tours themselves are very well-executed. Everyone gets a headset, so even though you’re in a large group and there are about 4 tours going on at once, you can hear your tour guide right in your ear. We walked through the Crypt, the Rotunda, and the Old House Chamber on the one-hour tour. 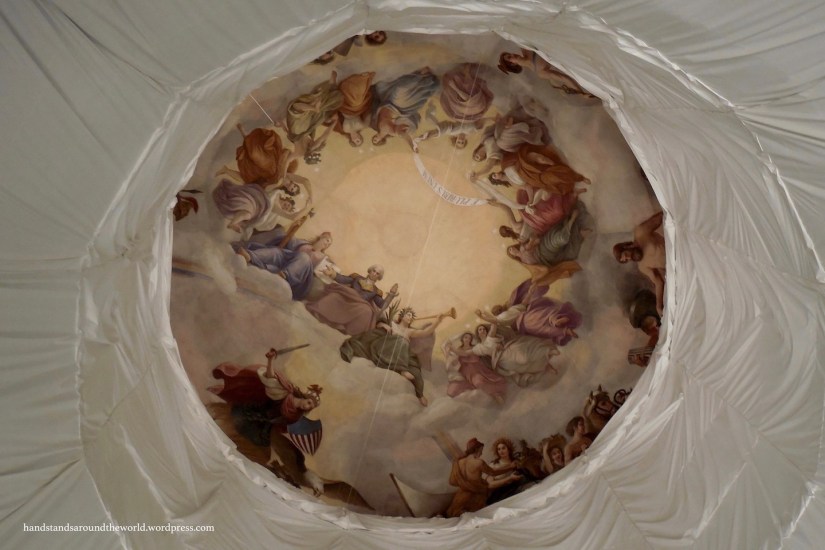 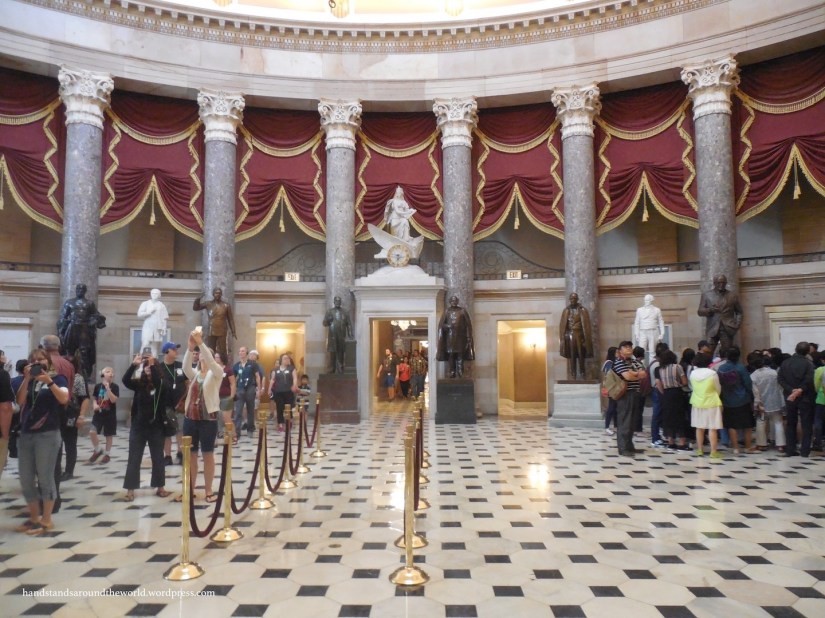 Each state has two statues on display somewhere in the building. We didn’t see all of them, but I did manage to snap photos of one from Montana and one from Connecticut. From Montana is Charles M. Russell, a very successful artist and author who spent his entire adult life in the state.

From Connecticut is Roger Sherman, a prominent statesman, first governor of the city of New Haven, US Representative and Senator, and the only person to have signed the Continental Association, the Declaration of Independence, the Articles of Confederation, and the Constitution.

The other Montana statue is of Jeanette Rankin, the first female ever elected to the US House of Representatives. She remains (sadly) the only female Montana has ever elected to Congress. Clearly, we’ve got some work to do.

After our tour ended, we were able to walk the underground tunnel over to the Library of Congress, home to – among other things – the Gutenberg Bible. This was the first book to be mass-produced in Europe with moveable metal type. Fewer than 200 copies were ever produced, including 35 printed on vellum paper. Only 3 vellum copies remain… one of which is housed here.

The National Archives is home to the original copy of the Declaration of Independence, the Constitution, and the Bill of Rights (for my non-American followers, these are the document declaring our independence from Great Britain in 1776, the document establishing our government and laws in 1789, and the first ten amendments to the Constitution, respectively). No photos are allowed – it’s guarded and they’re extremely strict about this – so this is one of those things that you’ll just have to go to DC and see for yourself.

There are also parks dedicated to flora and fauna, with DC being home to the National Zoo, the National Arboretum, and the Botanical Gardens, to name a few. When I visited my friend this past spring we spent a few minutes wandering through the Arboretum, which includes a Bonsai Museum and the original sandstone corinthian columns from the US Capitol Building before it was renovated in 1958. 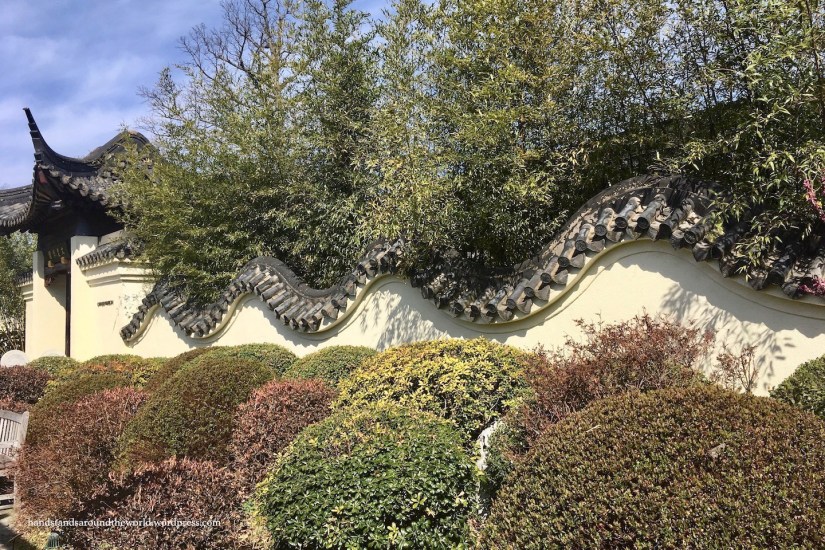 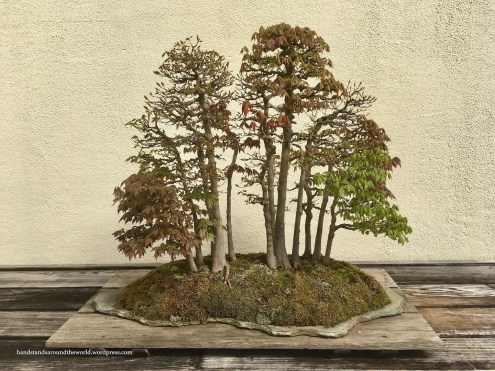 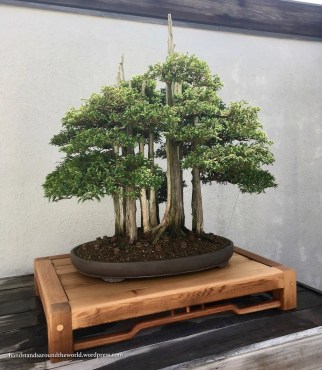 The architecture of DC is very unique, so if you can spare some time away from the monuments, I recommend a walk through some of the neighborhoods. 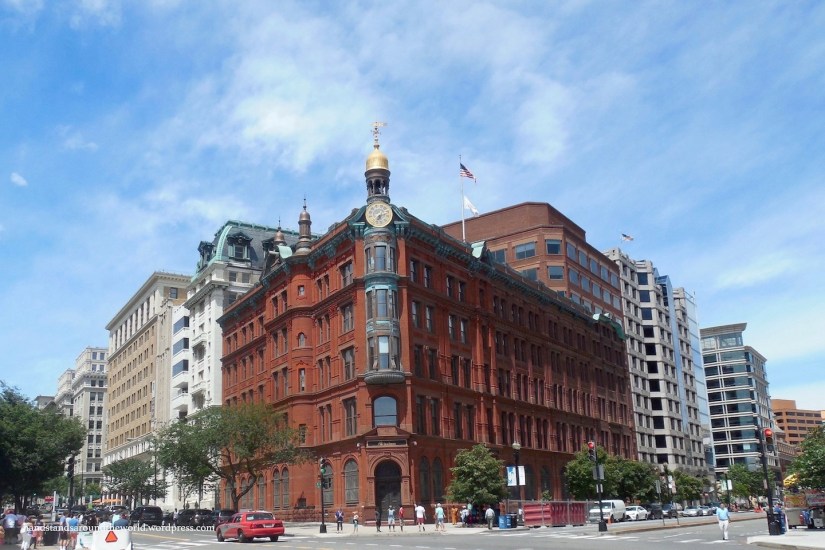 Georgetown is a historic neighborhood in the northwestern section of DC, known for its multi-million dollar homes. My friend, her husband, and I spent part of an afternoon wandering the streets admiring the beautiful architecture. 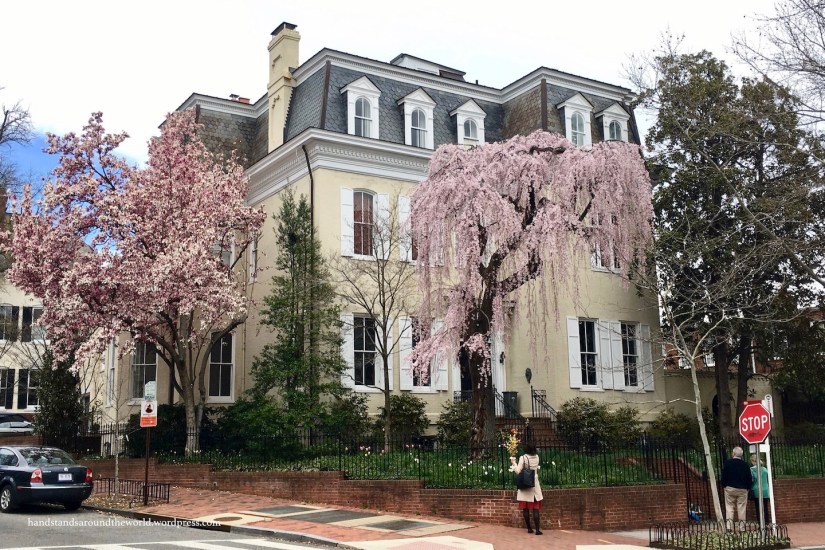 Georgetown is also home to – among other historical houses – the Dumbarton House. Built in 1798, it was the home of Joseph Nourse, who spent forty years working for the US Treasury Department. The house is now owned by the National Society of the Colonial Dames of America and is open for tours. It’s $10 per person and we spent about an hour walking through the house, part of which was a guided tour by one of the volunteers.

They’ve gone to great lengths to restore the house in a historically accurate manner, doing their best to recreate each piece of furniture and all of the trim and decor to what it once was. Bold carpets and wallpaper was apparently the name of the game during this period of history. It’s far too patterned for my tastes, but in this house it worked. 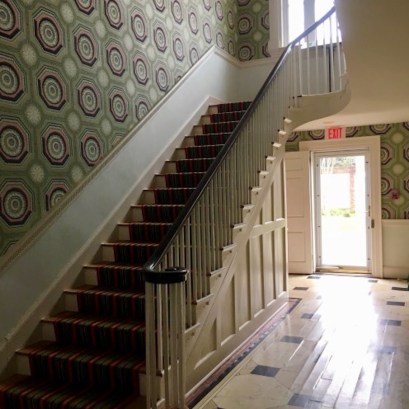 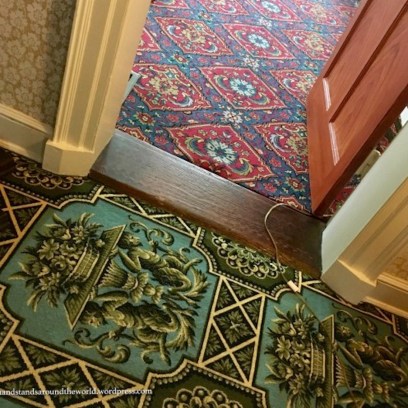 On our way out of Georgetown, we stopped by the National Cathedral, where I found myself dwarfed by this truly enormous and extremely ornate building.

Despite my three visits to DC, at this point I’ve absolutely glossed over the museums. There are 18 museums in the city and you could easily spend one day at each.

I know without a doubt that I’ll be returning to DC to experience the rest of what this city has to offer. It has a wonderful combination of history, culture, art, architecture, parks, food, and nightlife.

I’ve never been much of a city person, but I’ve truly enjoyed all of my time spent exploring my nation’s capital.

What national capitals should I visit next? I’d love to hear your recommendations!