But the rational voice in the back of my head is reminding me that I have no mountaineering experience and should probably try it out and see if I enjoy it before making it my goal to summit all these mountains.

I suppose that voice is probably right.

So instead, I made it my goal to stand atop the highest peak in every state in New England. After learning how much advanced planning is required to summit the high point in Maine (planning things months in advance isn’t a luxury Pat and I have with one or both of us being grad students), I decided to replace Maine with New York, at least for the time being. So for now, I guess I’m a Northeast High-Pointer. Or something like that.

Alright, so now that we’ve established my desire to stand on top of tall things, let’s focus on the tall things themselves.

My first New England “summit” was Jerimoth Hill in Rhode Island, which is located on Highway 101 just across the border from Connecticut. No hiking needed to reach this 812 foot (247 m) point. No views either.

There are multiple trails up Bear Mountain but all eventually intersect with the Appalachian Trail, which crosses over the summit of Bear Mountain at 2,316 feet (706 m). I’ve climbed Bear Mountain twice – once in the winter with snowshoes and once in the summer with, well, regular shoes. Both times, I took the Undermountain Trail up to the AT. 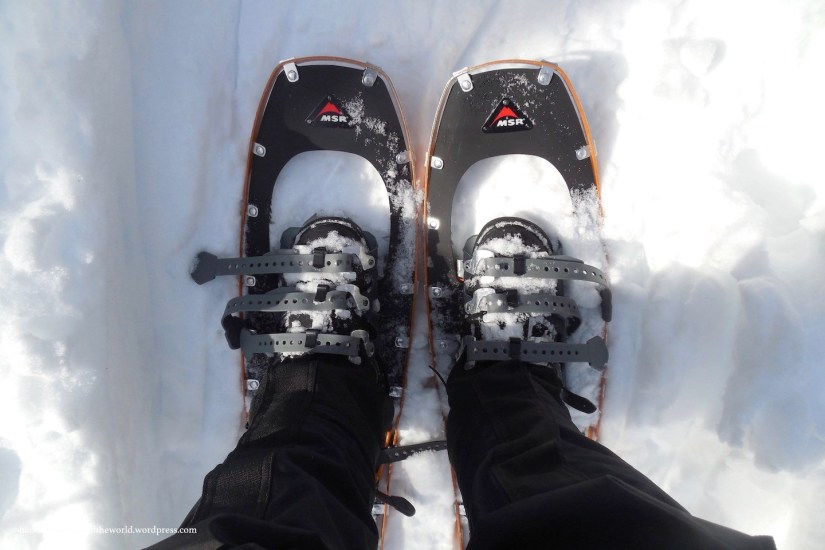 The Undermountain trailhead is located on Undermountain Road (Route 41) in Salisbury, Connecticut. The parking area is fairly small and very easy to miss, but the AT crosses the road in that area, so if you see the blue AT sign you’re in the right place. There’s a composting toilet at the trailhead but that’s about it.

The Undermountain Trail is blazed blue and climbs 2 miles (3.2 km) up to the Appalachian Trail at Riga Junction. This was the first section of the AT I ever hiked, so that was pretty exciting for me! At Riga Junction, head right along the white-blazed AT to reach the summit.

During our summer hike, Pat and I added in a detour to Lion’s Head (elevation 1738 feet/530 m), a high point with stellar views. There are multiple routes up to Lion’s Head, and this is not the most common one because it’s much longer. At Riga Junction, we headed left and followed the AT approximately 2 miles (3.6 km) to Lion’s Head.

The “trail” was a little soggy

To reach Bear Mountain, we then retraced our steps back to Riga Junction and continued north on the AT for just over a mile (0.6 km) to the Bear Mountain summit.

From the summit of Bear Mountain, views extend north and west over the Taconic and Berkshire Mountains of eastern New York and southern Massachusetts, and south and east over the forests, rolling hills, and open spaces of rural Connecticut. 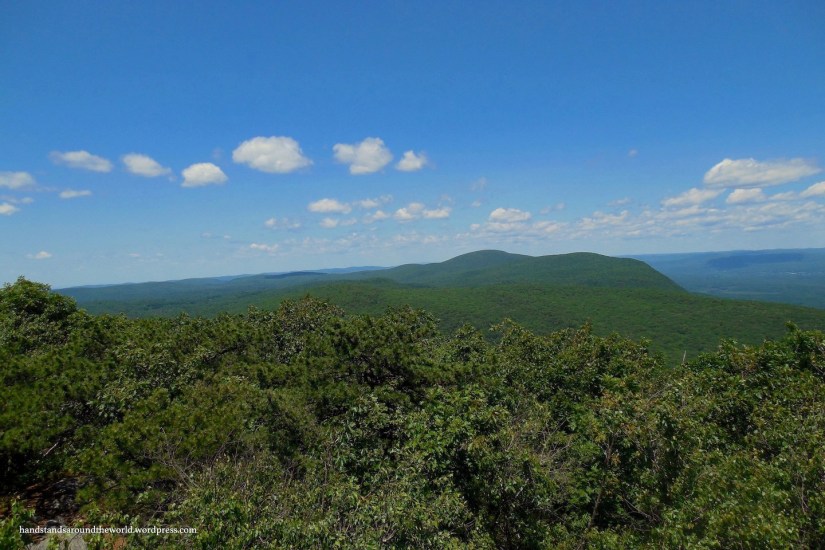 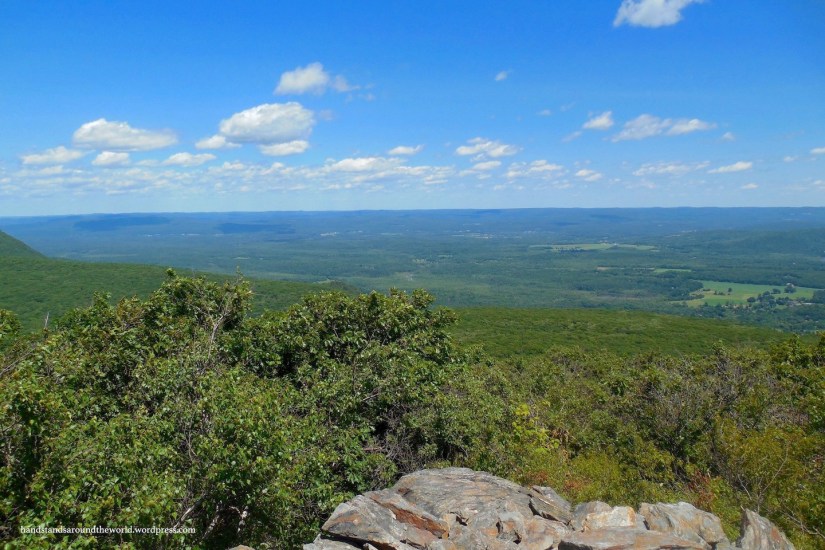 In June and July, the trails in this area are lined with Mountain Laurel, Connecticut’s state flower. These white or light pink flowers grow on very twisty bushes with dark green oblong leaves. The flowers are small but bloom in bunches, adding some pastel beauty to the otherwise green and brown forest.

Well, there you have it. My first venture on the AT, and panoramic views from Connecticut’s highest summit!

I’ve since stood on a few more of the New England high points, so stay tuned for future “On Top of…” posts.

8 thoughts on “On Top of Connecticut: Bear Mountain”