I’d been wanting to make it up Cape Cod since the day I moved to Connecticut, but for some reason it never happened. I did make it part way out once, to approximately the “elbow,” for a bachelorette party.

(Ask anyone from New England where something is located on Cape Cod and they’ll hold up their arm, bend their elbow 90°, and point.)

But I never actually made it past the elbow until our final Labor Day weekend in New England, when we booked the very last available campsite at Nickerson State Park and braved the crowds for a weekend on the Massachusetts coast.

If I could sum up all the trips Pat and I took in 2017 in one word, it would be: rain. It rained on us over Memorial Weekend. It rained on us in the White Mountains. And it rained on us on Cape Cod. But by this point, we’d gotten pretty good at just putting on our waterproof jackets and backpack covers and heading out into the rain.

Actually, our first day on the Cape was pretty nice. The sun was shining and the sky was blue, giving the ocean a turquoise hue.

We began our day at Salt Pond Visitor Center, reading through the exhibits and then hiking the short Nauset Marsh loop trail. This was our first encounter with the ecology of the Cape, and right away it became apparent that there are some clear similarities between Cape Code and Assateague Island. I suppose this makes sense; both are thin strips of land along the Atlantic Coast.

Continuing up the Cape (there’s only one highway that runs north/south, plan to sit in traffic on weekends and holidays), our next stop was the Marconi Station Site. Here, Guglielmo Marconi sent the first transatlantic telegram in 1901. Remnants of his telegraph station are still visible. 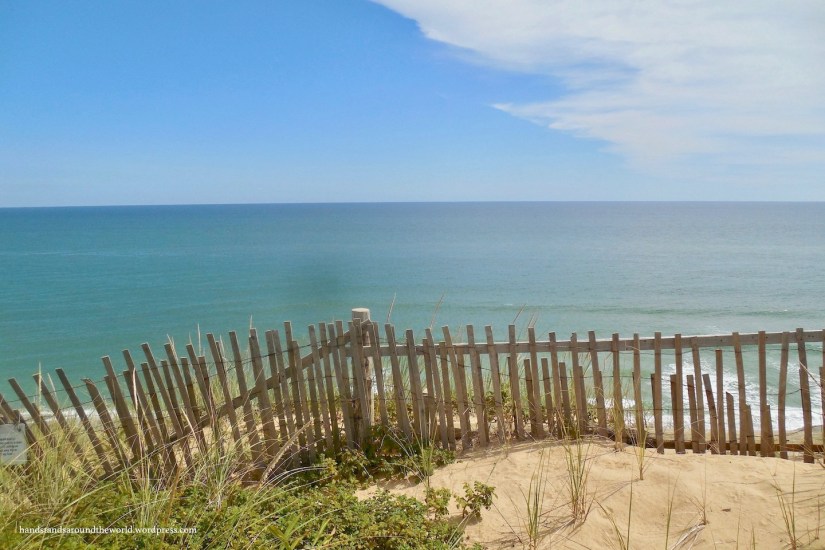 Next, we made our way across the Cape to Wellfleet, located on the inland side. From here, we set off along the Great Island trail out to Great Island Beach. This trail is sandy, which does add a bit of difficulty, but it was largely flat as we made our way out to the beach. At low tide, this trail can be as long as 4.5 miles (7.3 km) each direction if you choose to go all the way out to Jeremy Point. However, you can reach the beach in about 2-3 miles (3.2-4.8 km), which is where we opted to end our hike.

There are 6 public beaches located within Cape Cod National Seashore, all of which charge a $20 parking fee. For two relative non-beachgoers such as ourselves this was not worth the cost, and we also didn’t want to deal with the crowds. In retrospect, I completely stand by this decision. Great Island Beach was free, beautiful, and – because you have to hike there – nearly deserted!

Day two dawned grey and dreary, and by midmorning the rain had moved in. It wasn’t too terrible at first, and we were able to continue making our way up the Cape, stopping at Highland Light and Pilgrim Heights.

From here, we made our way all the way up to Provincetown, at the very northern tip of the Cape. Province Lands Visitor Center is here, as well as views and a couple hiking opportunities. 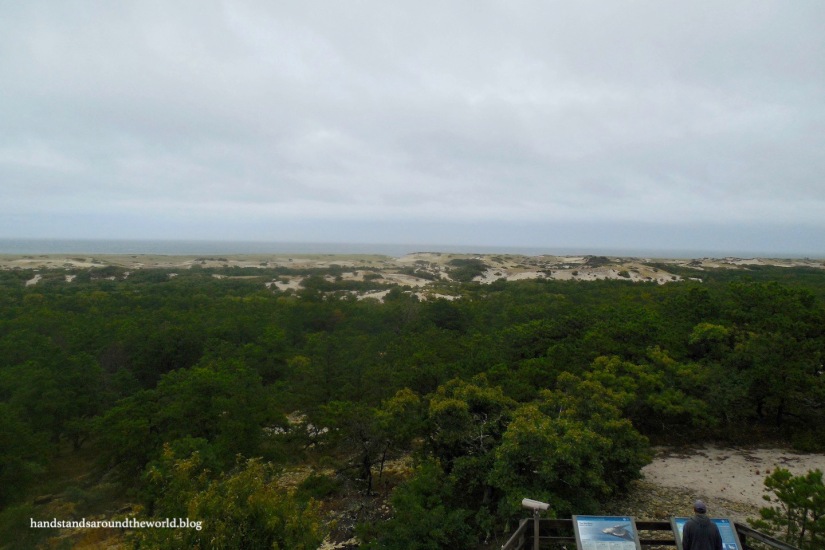 There wasn’t much in the way of views, thanks to the rain, but we decided to brave the weather and set off on a hike.

We didn’t make it very far.

The plan was to head out to Wood End Light, which is only accessible via a dike during low tide. But by this point, it was raining at an angle (i.e. into our faces) and the rocky dike was wet and slippery and we were pretty soaked and miserable and ended up turning back. It was just not to be. 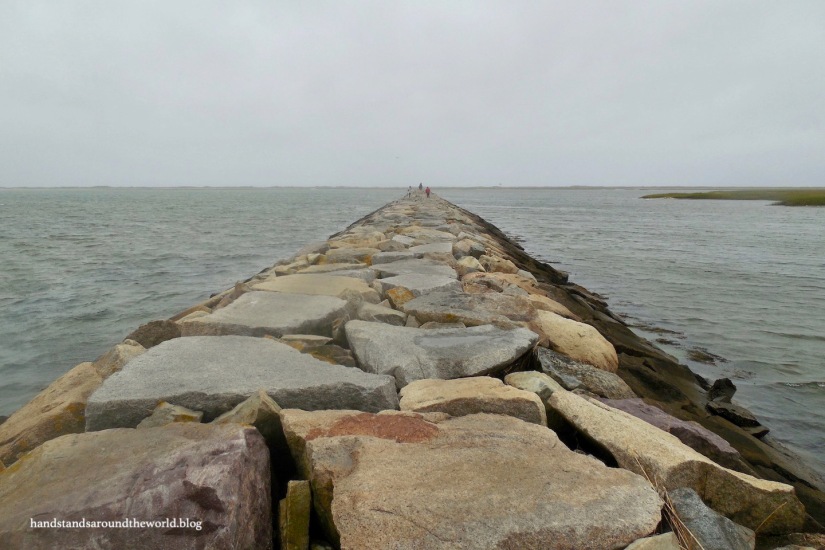 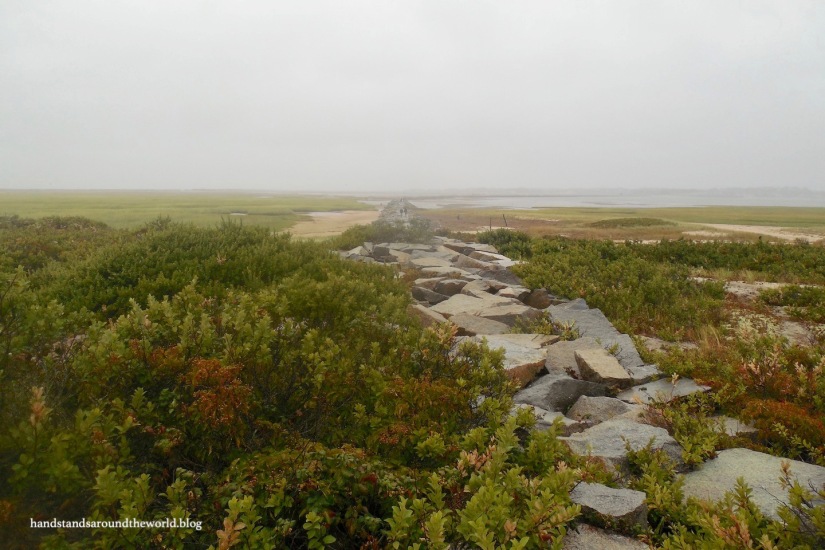 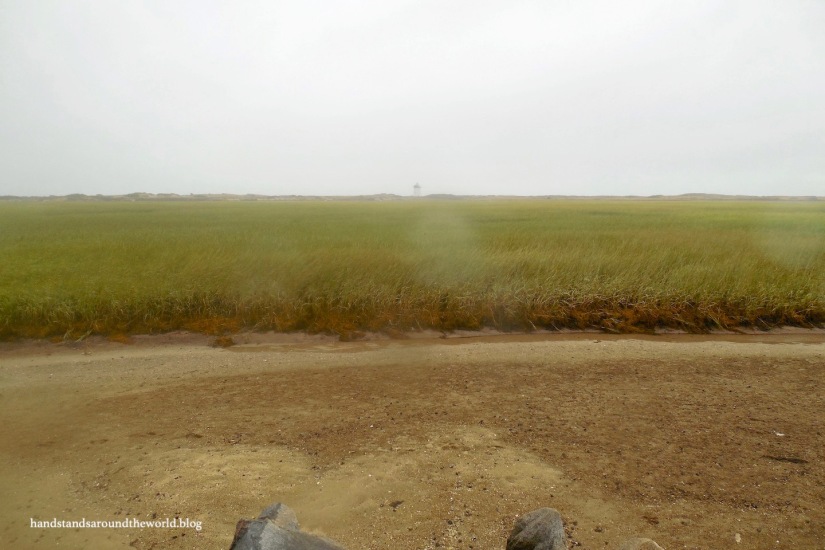 And this concluded our Labor Day weekend on Cape Cod. There was more to see but for the time being, I’d say we did a pretty decent job of exploring this area.

This also concludes 2017 here on the blog so, after a couple more posts to wrap up my time in New England, we’ll be moving into 2018, which was undoubtedly our busiest year yet. Stay tuned for adventures ranging from Costa Rica to Germany to the Smoky Mountains to Colorado!

Parts of my body that hurt today: shins, calves, thighs, hamstrings, ass Reason: climbing this beast yesterday Every time I think about how sore I am, I go look at my list of hikes I want to do this summer to remind myself of all the amazing adventures I’m training for 🏃🏼‍♀️🥾⛰ #boulder #beboulder #bouldercolorado #hikeboulder #bouldermountains #boulderosmp #osmp @boulderosmp #bearpeak #wwhmember #womenwhohikecolorado #optoutside
It’s official: I’ve now experienced the sufferfest that is Bear Peak 😩🥵⛰ #boulder #beboulder #hikeboulder #bouldercolorado #bearpeak #flatirons #sufferfest #womenwhohike #wwhmember #womenwhohikecolorado #5280life #coloradolife #outtherecolorado #explorecolorado #coloradotography
Colorado sky is on fire tonight 🌇 #sunset #sunsetcolors #sunsetphoto #sunsetcaptures #coloradosunset #colorfulcolorado #coloradoskies #coloradogorgeous #goodnightcolorado
First hike of 2020! #colorado #coloradorockymountainhigh #coloradotography #5280life #coloradogorgeous #coloradolife #outtherecolorado #wildandco #coloradocreative #coloradoshared #coloradogram #explorecolorado #snowshoecolorado #snowshoeing #msrsnowshoes #womenwhohikecolorado #wwhmember #optoutside #hikersofinstagram
@52hikechallenge I did it. I completed the challenge! I ended 2019 with 63 hikes and almost 305 miles. It was a fun challenge and I’m really glad I participated. It definitely motivated me to get out there and get my weekly dose of nature. It’s also a relatively inexpensive hobby, and that was perfect since we’ve been focusing on becoming more financially stable after so many years of one or both of us being in grad school, plus student loans, plus moving across the country. Hiking was the perfect way for us to explore Colorado while staying within our budget. That being said, I’ve decided not to participate in 2020. I’ll still do plenty of hikes. But there are so many other outdoor things to do in this beautiful state and I feel like I’ve completely neglected those in pursuit of my hiking goals. So this year, the plan is to branch out and have some other types of adventures! In the meantime, I’ve put together a complete list of my 2019 hikes as a year end summary. There are photos and stats for each one and you can read the complete list on my blog... link in bio! #enjoylifeoutside #neverstopexploring #thehikemovement #womenwhoexplore #womenwhohikecolorado #wwhmember #optoutside #getoutside #coloradolife #52hikechallenge #52hikechallenge2019 #hikerlife #hikinglove #hikeon
A summary of my 2019 hiking accomplishments will be the theme tomorrow, but for today I want to give a shout out to the final two @pubpass destinations we checked off last year. We had some truly delicious beers at @someplace_else_brew a couple weekends back (and brought some cans home with us!) and then mixed things up a few days ago at @coloradocidercompany (the only cidery in the Pub Passes). All in all, we made it to 22/25 breweries in the passport. We haven’t purchased any kind of beer passport for 2020 so we’ll just be winging it this year. And if anyone wants to share your fav Denver area breweries, that would be lovely! Cheers to 2020 and all the beers that await us 🍻 #2019 #beersof2019 #beer🍺 #denverbeer #coloradocraftbeer #coloradocraftbrewing #beersofcolorado #drinklocal #localbeer #breweryhopping #pubpass #2020
Follow Handstands Around the World on WordPress.com