Of all the things we’d planned for our 2016 summer vacation, this was the one I was the most excited for. Why, you ask? Well, because the Steven F. Udvar-Hazy Center – AKA one of the Smithsonian National Air and Space Museums – is home to the Space Shuttle Discovery!

As in, the giant flying thing that rocketed into orbit 39 times for a total of 365 days spent in space during its 27 years in service. Discovery traveled over 149 million miles (239 million km) before being retired on March 9, 2011. Atlantis and Endeavour were retired shortly thereafter. Of the three, Discovery completed the most spaceflights; in fact, it’s the most traveled space shuttle of all time. It also launched the Hubble Space Telescope, was the first shuttle to dock with the International Space Station, the first shuttle to launch following both the Columbia and Challenger disasters, and it carried John Glenn as he became the oldest person to go into space in 1998 at age 77!

My first impression of Discovery was that it’s huge – and also fairly small, considering what it accomplished. But mostly huge. The wannabe astronaut in me was awestruck. And camera happy. I came home with about 50 photos of the space shuttle, plus lots of photos of all the other NASA exhibits. 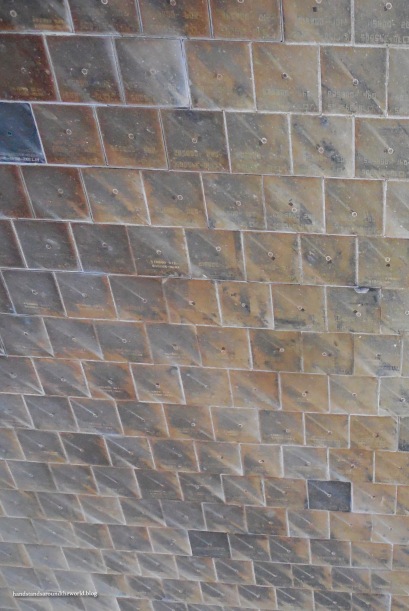 Heat-resistant tiles on the outside of Discovery 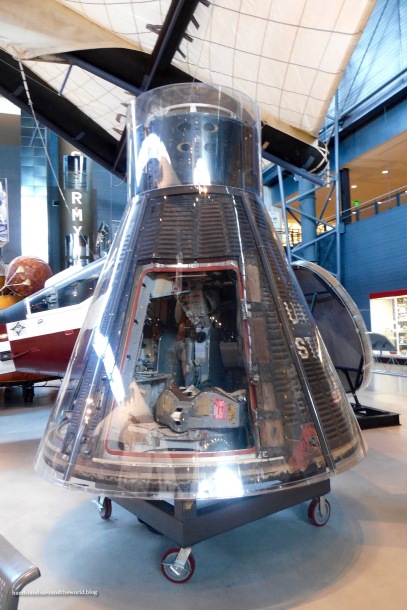 Gemini VII; two astronauts spent 14 days in this in December 1965, simply to show that humans could live in a weightless environment for that long

Once we finally managed to stop oohing and ahhing over Discovery and all the other NASA exhibits, we tore ourselves away to walk around the rest of the museum. Since we’d arrived late in the day, we only had two hours until closing time. Two hours was definitely not enough – the place is enormous! Of course, that’s partly because planes are giant. But also because there’s just so much to see. We could have spent an entire day there. On the plus side, parking is free after 4pm, so that was $15 saved.

We debated not waiting in the long line for the observation tower but eventually decided to suck it up, and I’m glad we did. In addition to views, the there are lots of exhibits in the tower, mostly focused on commercial aviation. The museum is located right next to Dulles Airport so the tower provides a view over the runway. We got to watch a giant Boeing 777 land; it was a very neat perspective to see this from 7 stories up! 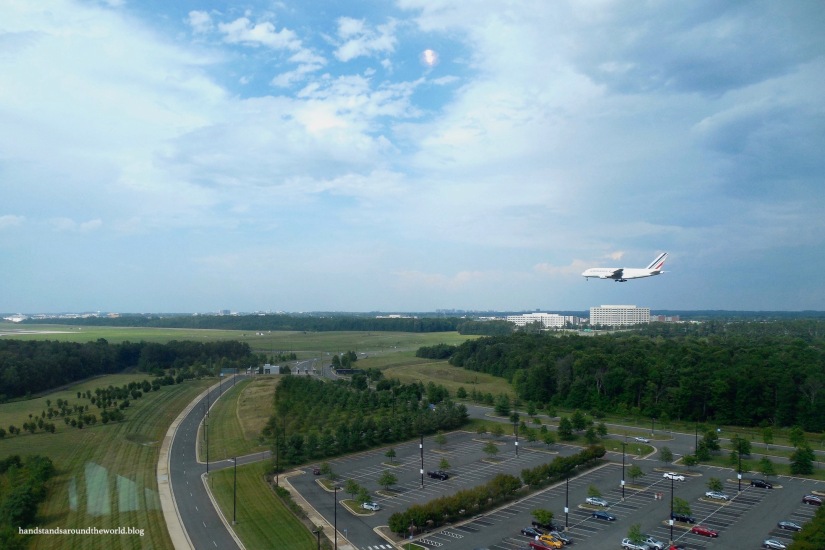 Once we finished at the museum, we made our way to our campsite for the night at Greenbelt Park in Maryland. This would be our home for the next two nights while we squeezed in a very busy day in Washington, DC. I previously wrote a post detailing all three of my DC visits so I won’t write any more now, but you can read all about it here!

And that’s it. That’s the end of our summer vacation 2016. In my time in Connecticut, we ventured up to Prince Edward Island and Nova Scotia and down to the Carolinas… a pretty solid exploration of the east coast! Pat and I also checked Florida off our list about a year ago, so all in all I’d say we did a pretty thorough job.

For the next few posts, we’ll head back up to the northeast. Stay tuned!