Our final stop for vacation 2014 was Adirondack Park, New York. This giant park encompasses more than 6 million acres of the Adirondack Mountains of upstate New York, including rivers, lakes, and mountains. We had only two and a half days to spend in this area so we barely scratched the surface. But we had a lot of fun exploring this new territory.

We arrived in the Adirondacks via the Lake Champlain ferry from Vermont. It was a pretty short ride across the lake, which is much longer than it is wide. We docked just outside of Plattsburgh and began the hour-long drive to Wilmington Notch Campground.

Along the way, we passed the Ausable River and hiked a short but moderately steep trail to Copperas Pond.

Wilmington Notch campground is located along the Ausable River in the northeastern section of Adirondack Park, and turned out to be a very central location for exploring the Lake Placid area. We had a fairly spacious site towards the back, far from the road noise; it was a nice place to stay. 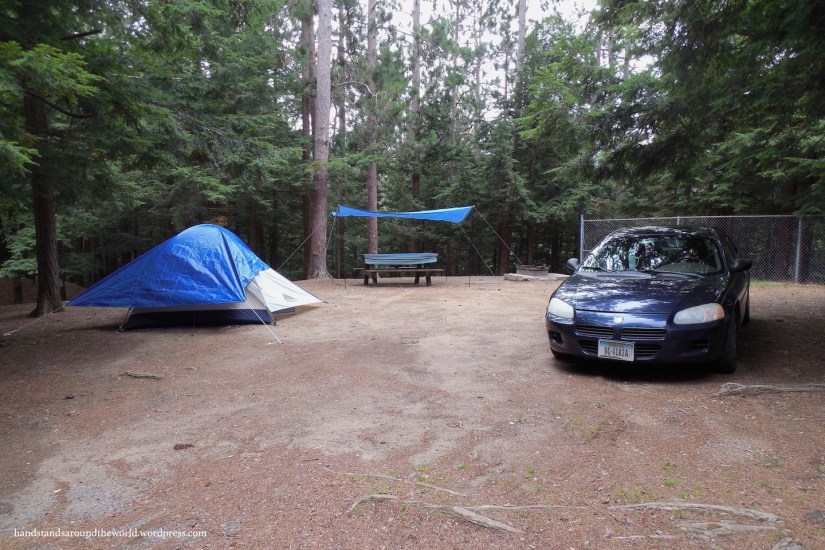 After setting up camp, we headed up the road to explore the Lake Placid Olympic Park, site of the 1932 and 1980 Winter Olympics. Over the course of the next two days, we toured the bobsled facility, saw the ski jump site, and walked around the center of the Olympic Village. We were also able to hike up Whiteface Mountain, which is where the downhill skiing events took place. The ski runs were covered in wildflowers and we hiked along a creek that was dotted with cascades and small waterfalls.

If you’re not on a budget, you can also tour some of the facilities and take a (very expensive) ride down the bobsled track. We opted to just see what we could for free. 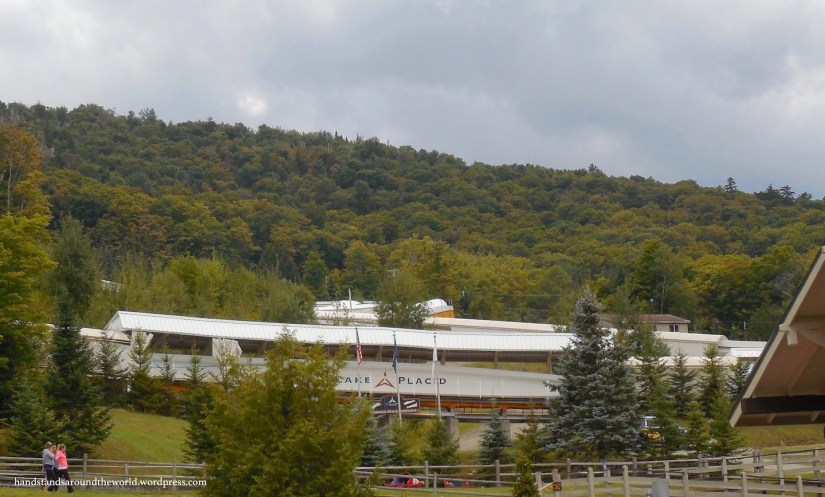 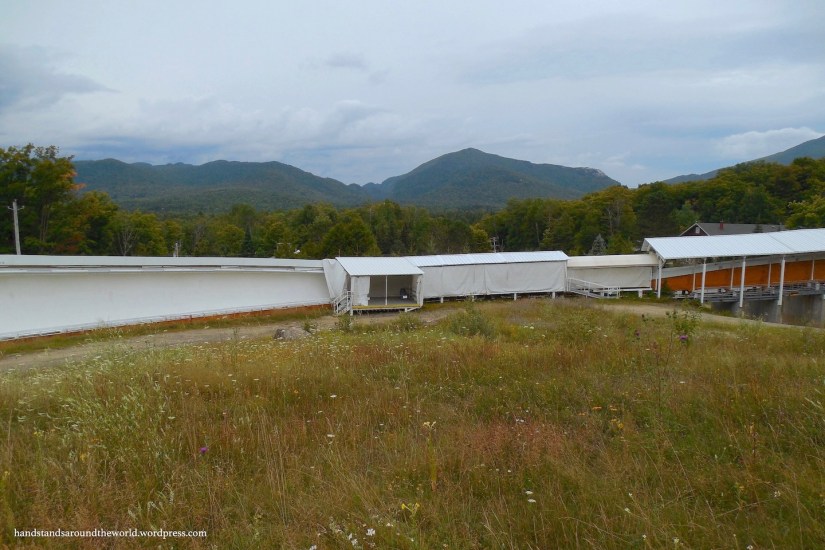 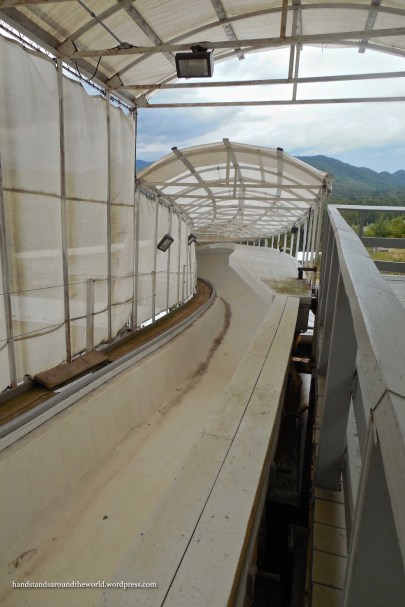 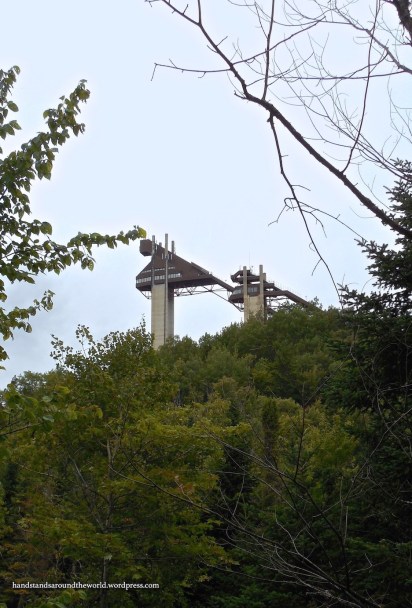 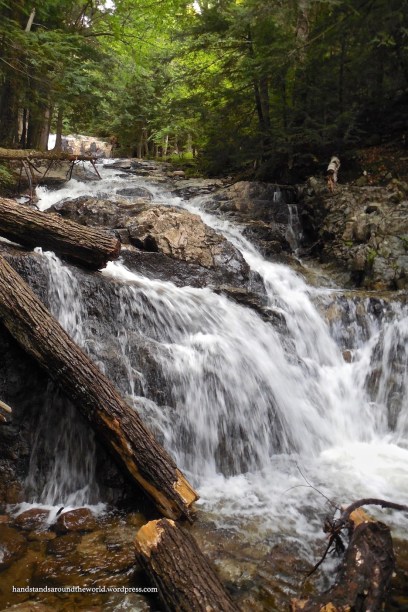 In between our Olympic Park exploring sessions, we also stopped at Lake Everest Recreation Area and the Upper and Lower Cascade Lakes, which are right alongside the highway. 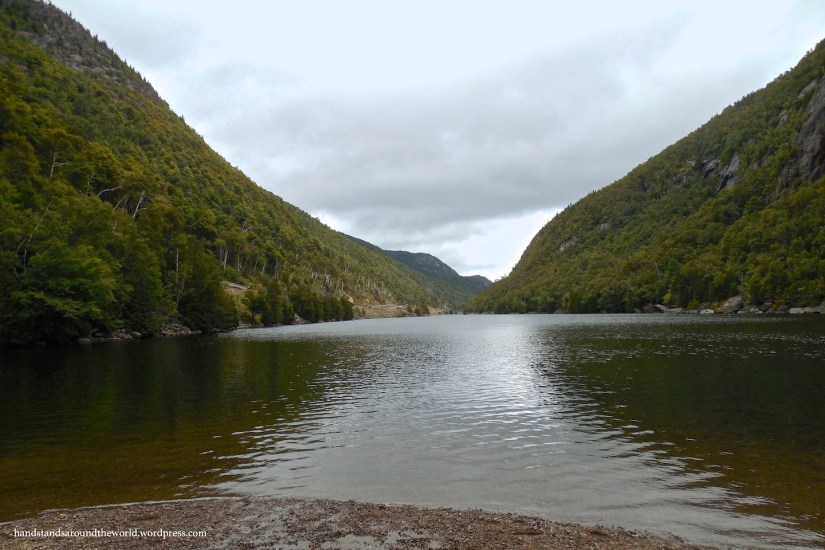 But eventually, our last day of vacation was upon us. We were only about 4 hours from home, so we figured we had time to squeeze in a short hike before heading back. Catamount Mountain was the perfect candidate: close to Wilmington Notch and one of the more popular hikes in the area due to its short distance and excellent views.

Good views I can vouch for, but I vehemently disagree with the former description.

The trail information – and the internet – state that this is a 3.6-mile (5.8 km) round-trip moderately steep hike. To this day, I’m convinced this is wrong, because we climbed for an hour and a half and by the time we turned around, we weren’t even close to the summit. We could see it, though, and it was easily another hour away.

The trail is described as moderately steep, which I agree with, but the trail guide failed to mention this would turn into a mini rock climbing expedition. Shortly after our first bout of bouldering, we reached an open area and decided we’d had enough. It was becoming clear that we weren’t going to have time to finish the hike and make it home before dark, so we spent a few minutes enjoying the view and then began our descent. 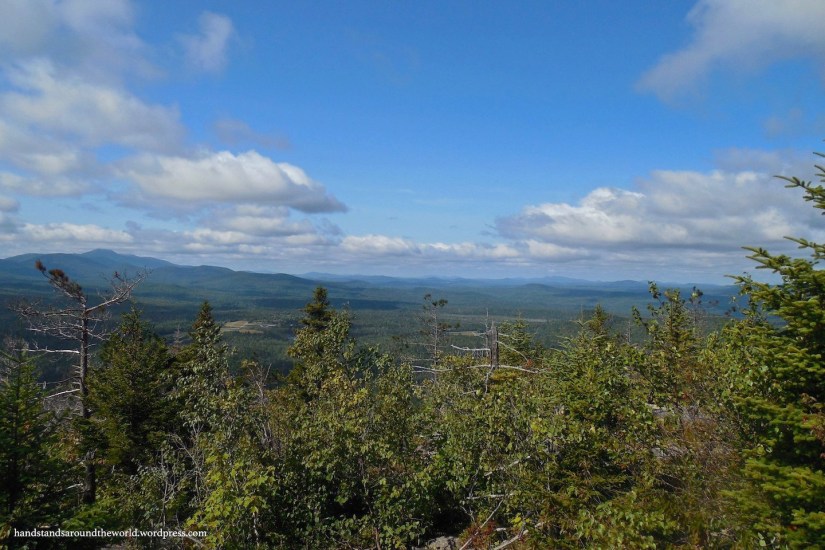 Of all the hikes I’ve ever done, this summit attempt of Catamount Mountain will forever be one of the most frustrating. I call it “the summit that wasn’t.”

Someday I’d like to give it another shot, out of some combination of annoyance and spite. I suppose if nothing else, this hike was a reminder that sometimes things don’t go as planned. We had a fun vacation, we explored many new places, so having one thing go wrong certainly wasn’t the end of the world.

And even though we only made it part way up, we still got to do some exploring!

Well, this marks the end of our summer vacation 2014. In eleven days, we visited Niagara Falls, Bruce Peninsula, Gatineau Park, Ottawa, Vermont, and the Adirondacks. We walked many miles through two states and two provinces, and saw lakes, waterfalls, mountains, fossils, and a cave!

All in all, a successful adventure; and – as usual – I’d love to return to these areas and explore them in more depth.

10 thoughts on “Adventures in the Adirondacks”