My first summer in CT, I learned an important lesson: grad students don’t really get a summer. Sure, we aren’t taking classes… but there’s still plenty of work to be done. Science doesn’t do itself.

Fortunately, I was still very early on in my grad school career so I did at least manage to have some free time most weekends. And my advisor gave us each a couple weeks of vacation time.

With weekend sunshine and my family 2300 miles (3700 km) away, I assembled a new hiking crew: the fellow grad students in my lab. Over the course of the summer, we visited quite a few local state parks. Here is a little bit of information about each one.

1. Devil’s Hopyard State Park – East Haddam, CT
This park has a somewhat ominous name that perhaps paints a misleading picture. In reality, the main attraction here is Chapman Falls, located on the Eightmile River. The falls used to power an old mill, and a former landowner used to grow hops in the area, hence the hopyard part of the name. There are multiple theories as to the origin of the devil portion of the name.

Chapman Falls tumbles about 60 feet (18 m) and can be seen with just a short hike. We continued on the orange-blazed trail out to Vista Point Cliff for some views.

2. Bigelow Hollow State Park – Union, CT
Located in the thick forests of northeastern CT, Bigelow Pond is the central fixture of this small state park. This is a very primitive park; trails aren’t well-established or marked and a map is definitely useful. From Bigelow Pond, we hiked up a poorly-marked white-blazed trail and ended up walking all the way around Breakneck Pond. This long, skinny pond actually extends into Massachusetts at its northernmost tip, and it was kind of cool to hike across state lines. That was a first for me!

Before we left for the day, we also stopped briefly at the picnic area on the banks of Mashapaug Pond. 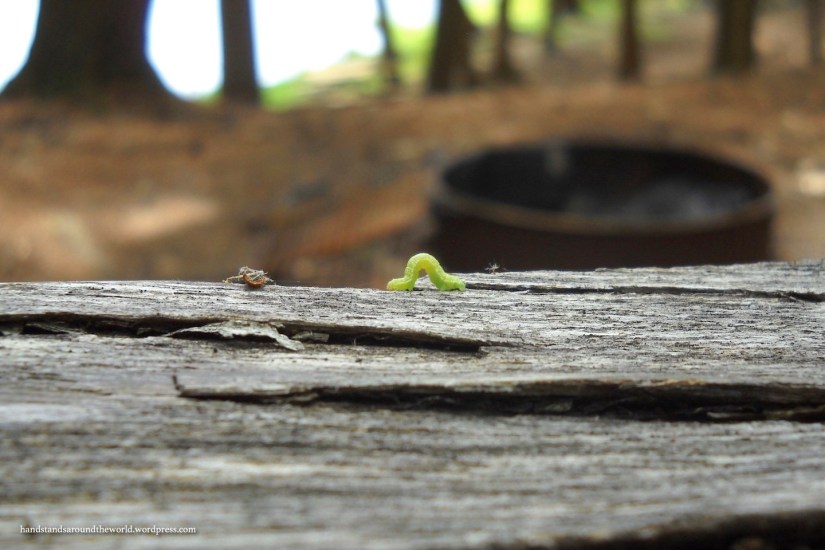 3. Sleeping Giant State Park – Hamden, CT
I feel like there’s a feature called the Sleeping Giant in many places; usually it’s some prominent mountain or rocky ridge that somewhat resembles a face in profile. In Connecticut, this ridgeline is supposed to resemble a man laying on his side. To me, it just looks like a rotund, somewhat shapeless guy taking a nap. But whatever.

Anyway, the actual name for the Sleeping Giant is Mount Carmel, and it’s basically the only attraction of this state park. There are many, many trails leading to the top of the ridgeline, making this a good choice for people of all fitness levels. I mean, all of them involve some amount of elevation gain, but there is a wide range of steepness options.

There’s a tower on top (of the giant’s “left hip,” which is the highest point) that rises above the trees, so our hard work was rewarded with views in all directions. 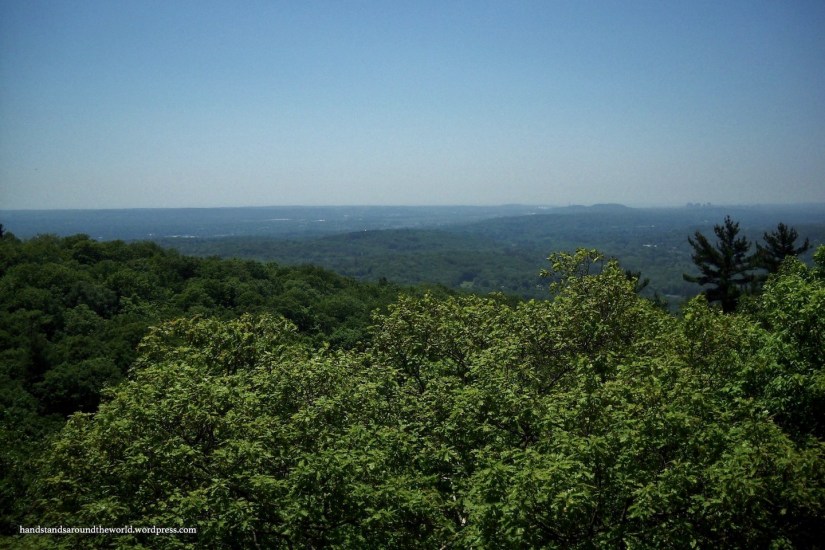 Update: this park was hit by a tornado in 2018; I haven’t been into the park since then, but I’ve driven by it and it definitely sustained some major damage

4. Dinosaur State Park – Rocky Hill, CT
Every year in June, Connecticut has its state Open House Day, during which admission to many attractions is free or at least offered at a reduced price. For a group of poor grad students, this was a fantastic opportunity to enter some of the more expensive parks for free! And that’s exactly what we did.

Our first stop was Dinosaur State Park, home to some fossilized dinosaur footprints and informational exhibits. Now, I have to admit: I’m a dinosaur snob. Montana is full of dinosaur fossils and my hometown museum has one of the best and most thorough dinosaur exhibits in the world. So I was extremely underwhelmed by Dinosaur State Park. But for kids or for someone who hasn’t previously been to a dinosaur museum, I can see how this would be a pretty cool place to visit. 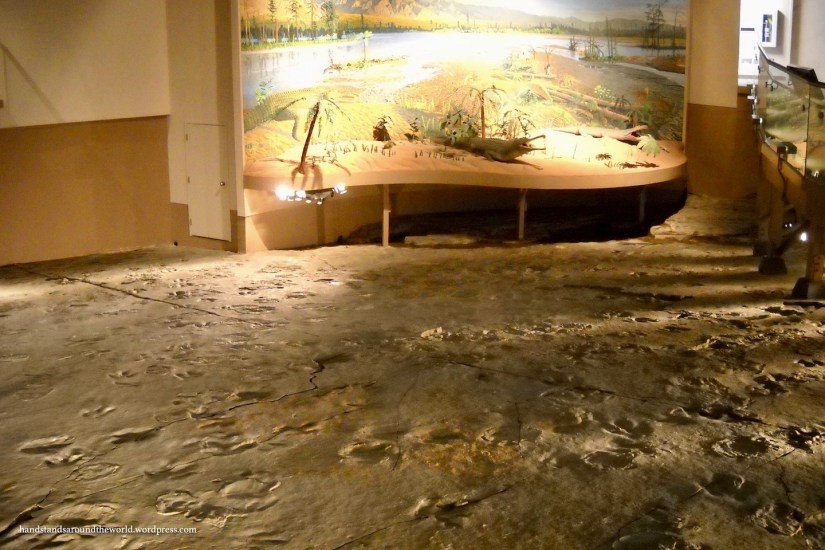 5. Hurd State Park – East Hampton, CT
On our way between Dinosaur State Park and Gillette Castle, we stopped at the tiny and primitive Hurd State Park. Located on the east bank of the Connecticut River, the park is mostly designed as a camping spot for boaters. However, we were able to wander down a couple trails to the edge of the river. It’s not a place I’d come to for a day, but it was a nice walk in the woods as we were passing through.

6. Gillette Castle State Park – East Haddam, CT
Our final stop on our whirlwind Open House Day was Gillette Castle. This giant stone castle was build in the early 1900s for William Gillette, an American stage actor who earned recognition (and wealth) for his portrayal of Sherlock Holmes, though he was also a stage manager and playwright.

The castle is extremely ornate, with stained glass windows and many impressive design features. Every doorknob is unique and mirrors were placed very precisely to allow Gillette to monitor the other rooms from the comfort of the master bedroom. I imagine he must have been a very particular and quirky fellow. Every aspect of the castle is beautiful, right down to its location high on a ridge line above the Connecticut River. 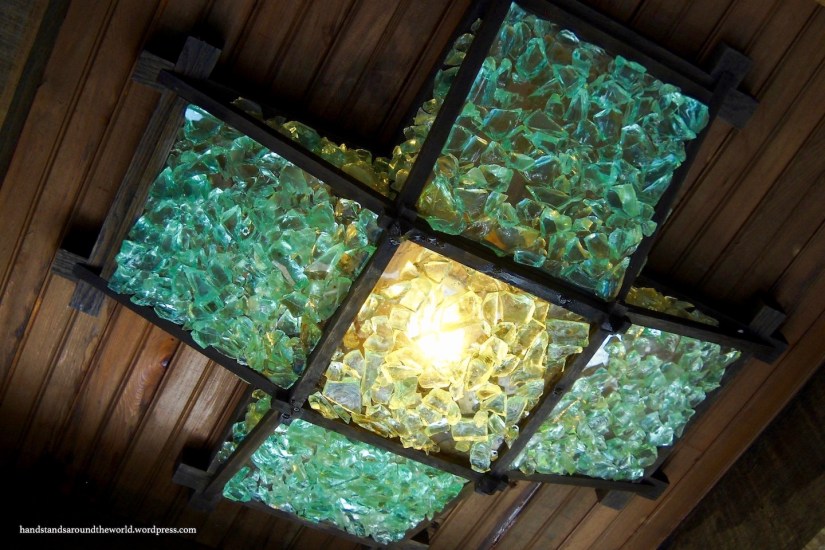 After touring the castle, we wandered down to the river and learned that the historic ferry ride was only $1 round-trip for Open House Day. Just for fun, we all paid the fare and hopped on for a ride across the river and back. Perhaps the best views of Gillette Castle were from the middle of the river! 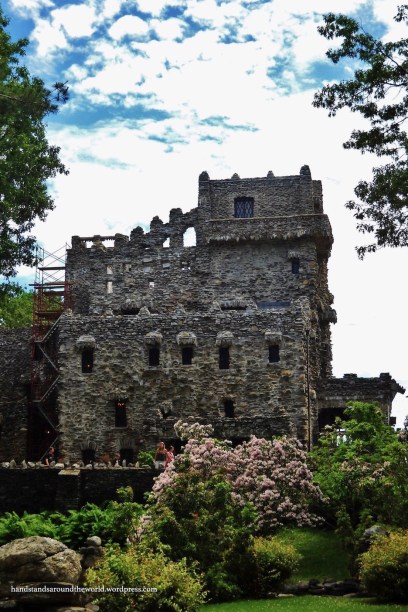 Well, there you have it. An introduction to a few of Connecticut’s State Parks. For such a small state, there are a very large number of state parks and forests. In upcoming posts, I’ll be discussing a few more of them.