I don’t think it had hit me yet that I would be spending the next few years of my life in Connecticut. I’d never been there before. I’d never been anywhere in the northeast. All I had was warnings from various people that northeasterners are rude and everyone has a Boston accent. And though people do tend to drive like total jackasses here, I quickly learned that most people are friendly and the Boston accent is pretty well confined to Boston.

Anyway, the point of my story is that I hadn’t quite realized what I was getting myself into. It didn’t really hit me until I was sitting in my new house in Connecticut and my mom was on a plane back home. My roommates hadn’t yet arrived and my soon-to-be grad school advisor was on vacation. I was alone. Suffice it to say, it wasn’t the best day I’ve ever had.

But I’m getting ahead of myself.

When I first started planning my move from Montana to Connecticut, I naively thought that packing up the car, driving across the country, and unpacking on the other end all by myself was a good idea. I even initially protested when my mom invited herself along. In retrospect, I’d have been miserable if I’d tried to do it alone.

And so we loaded all my belongings into my car (including Murphy, my enormous stuffed moose that took up half my back seat), and headed off on our cross-country road trip. My mom and I had decided that if we were going to drive 2300 miles (3700 km), we were going to make the most of it, so we’d strategically planned our route to allow us time to stop at some points of interest along the way.

Day 1 found us driving across eastern Montana, which takes 6-7 hours. Then came North Dakota, which is an equally long, straight, and flat drive. We’d talked about stopping at Theodore Roosevelt National Park on the way through but it was pretty far out of our way.

However, by the time we’d reached western North Dakota we both were in need of a rest stop. Conveniently, there was one just ahead on the left. And lo and behold, as we pulled off I-94 and followed the signs to the rest area, we found ourselves in Theodore Roosevelt National Park. Turns out there’s a north unit and a south unit, and the south unit just so happens to be right next to the interstate. So we extended our rest stop by a few minutes to take in the sights, though unfortunately we didn’t have enough time to take the loop drive or hike any of the trails. 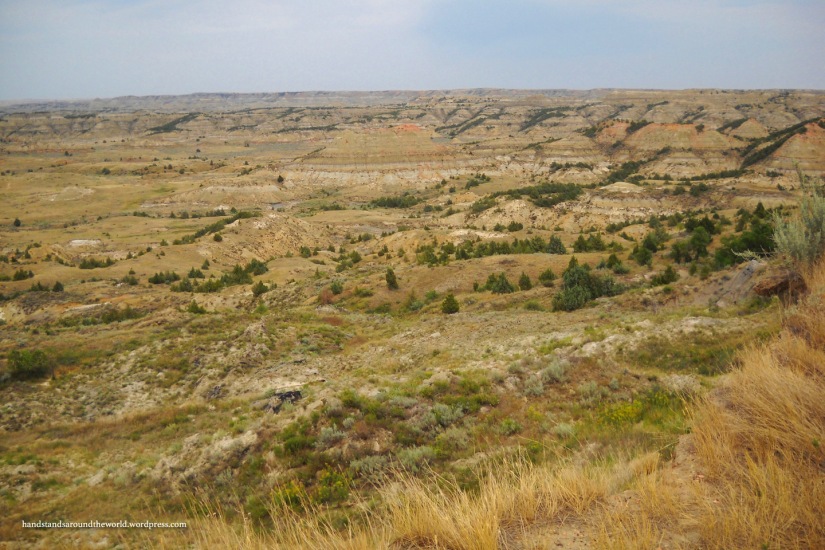 The rest of the day was fairly uneventful. We crossed the rest of the state and ended in Moorhead, Minnesota. It was dark and we were starving so I can’t offer any insight into the Moorhead area except that there are hotels and restaurants. Useful information, I’m sure.

Day 2 was a short day, just a 4.5 hour drive to Minneapolis where we spent the rest of the day and night with extended family.

Day 3 found us on the road early, crossing through Wisconsin with its many billboards advertising cheese, encountering our first of many tollbooths in Illinois, spending 3 hours circumventing Chicago (on a Sunday afternoon…I can’t imagine how anyone gets anywhere at rush hour), and ending up in northern Indiana on the shores of Lake Michigan. Here lies Indiana Dunes National Lakeshore, which is exactly what it sounds like it should be. Some of the dunes are forested over but some are still nice and sandy and stretch right up to the southern shore of the lake.

Indiana Dunes National Lakeshore stretches 15 miles (24 km) along the southern edge of Lake Michigan. We only had a couple of hours before sunset so we spent our time in just one small area. I didn’t take pictures of any signs or distinguishing features, and I unfortunately can’t remember exactly what we did. From an extensive Google search, my best guess is that we parked on Mineral Springs Road near the park headquarters and walked up the road to where it dead-ends on the dunes. We also (I think) hiked the Cowles Bog Trail out to the shore. The trail cut through a forest full of ferns before opening up onto the dunes. 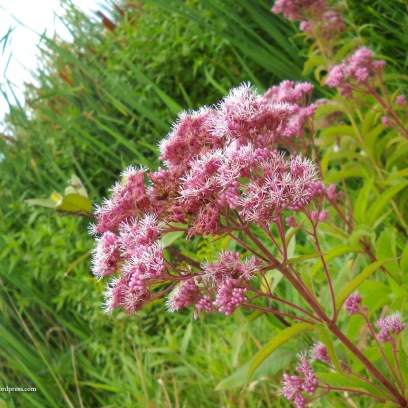 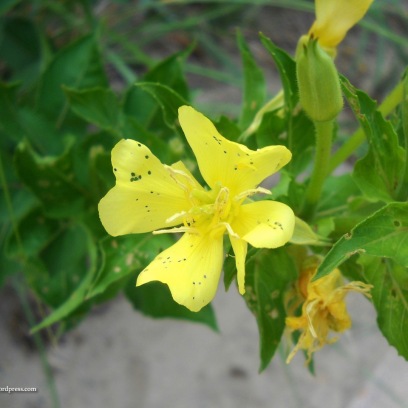 Regardless of what trail you take, once you reach the lake the view opens up and the sand stretches on for miles. We were fortunate to be there on a pretty nice day, so the sun was warm and we could see the Chicago skyline off the distance. 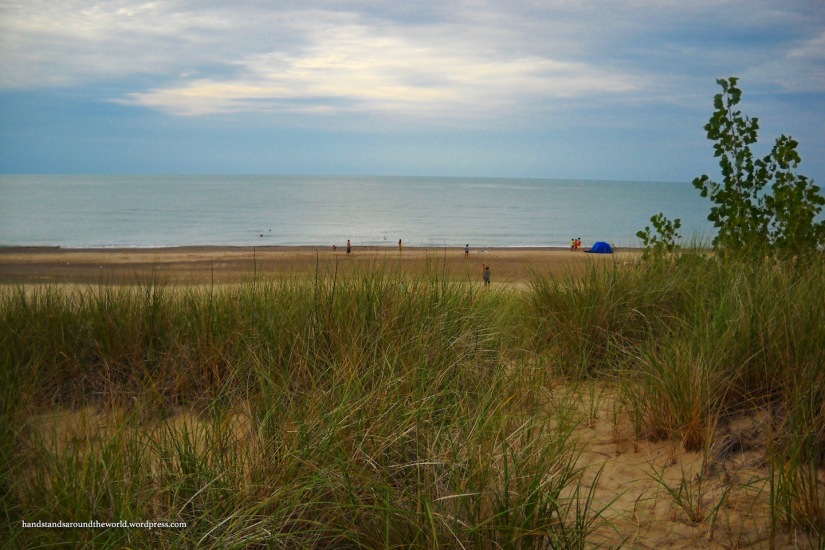 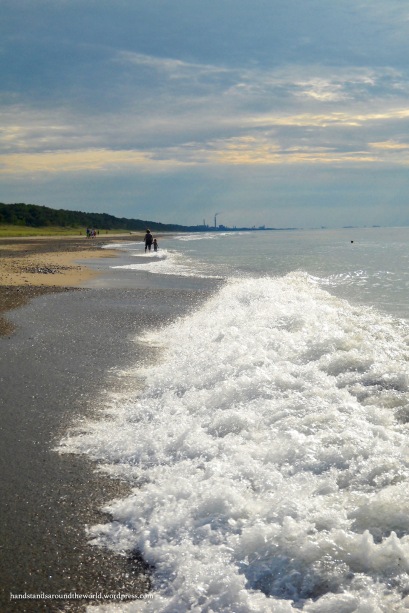 On the way to our hotel, we drove along US Highway 12 which parallels the Great Marsh before exiting the National Lakeshore at the easternmost tip. I’ve never seen anything quite like the Great Marsh. Despite the vast expanse of green, murky water and dying trees, plenty of grasses and flowers flourish in this ecosystem.

This is the only significant amount of time I’ve ever spent in Indiana, and Lake Michigan was also my first of the Great Lakes. Between the lake, the sunshine, the sand, and the ferns, this ended up being a very nice halfway point of our trip.

14 thoughts on “Eastward Bound (part I) – Montana to Indiana”