I never used to mind winter. And then I moved to New England. Winters here are horrible. The sun sets at 4:15pm. It’s usually cloudy and cold and windy. And dark. All the time. And when it snows in New England, it really snows. Two feet (0.6 m) at a time, leaving us to dig our way out of the house and then figure out where to pile up all the snow.

But winter in Montana never bothered me. Maybe because I grew up with it and I’m used to it. Or maybe because it doesn’t get dark quite as early and it’s not nearly as overcast. Or maybe because even though it snows more, it almost never dumps so much at a time. And when it does snow, it clears up afterwards and it’s beautiful. Winter is still my least favorite season, but the way the Montana landscape shimmers in the sunlight after a snow storm is something that’s hard to beat.

My family and I aren’t downhill skiers or snowboarders. We don’t snowmobile and we’ve never owned a 4WD car that can navigate Montana backroads in the snow. So for us, winter wasn’t typically full of adventures. The majority of our outings were the drives to my gymnastics meets.

But I grew up in a large apartment complex with a giant yard, so there was one thing we could do without venturing far at all: cross country ski!

I don’t even remember learning to ski. That’s how young I was. My memories of it probably begin when I was about five. The snowplows would clear the whole parking lot, pushing the snow into a few giant piles. We’d ski from one end of our complex to the other and back again in a giant loop, climbing each hill and zooming down the other side. We’d give each hill a name and all of the “ski runs” down each hill would be given names as well. And sometimes, we’d have mini-Olympics to see who could start at the top of a run and glide the farthest.

As I got older, we would sometimes venture out of town with our skis. Much of the forest land surrounding Bozeman is open to the public so we would park at a trailhead, strap on our skis, and head off. In January of 2012, my mom, sister, and I did just that. We headed around to the east side of the Bridger Mountains, drove up the snow-covered Fairy Lake Road as far as our little car would make it, parked, and strapped on our skis.

The nice thing about cross country skiing is that it gives us the flexibility to go basically anywhere. We followed the road initially but then branched off and forged our own path. Cross country skiing definitely requires much more effort than downhill skiing since we have to climb up everything ourselves. But it’s an excellent workout and we always enjoy coming flying down the hillside at the end of the climb.

My mom and I returned to the same general area a couple months later. This time, we parked at Brackett Creek and headed up the snow-covered road. This area is a popular access point for all sorts of recreation; when I was in elementary school, my class went on a snowshoeing field trip here. 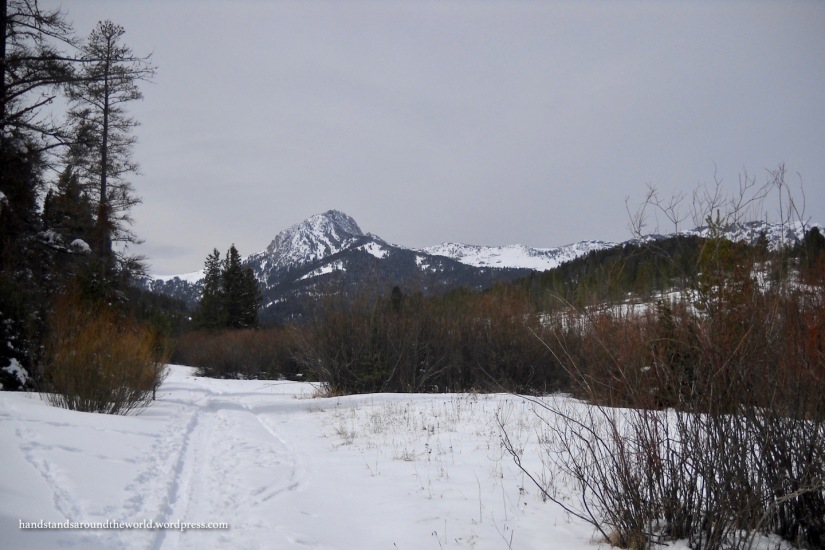 It was spring now but snow remains in the mountains well into early summer so we had no trouble finding a place to ski. We had the place to ourselves and were able to go screaming down quite a few hills. I even made it most of the day without falling… until we took our skis off to sit down and eat lunch. This was when I fell in the middle of the pile of logs we were sitting on, sank into the snow, and had trouble getting up.

You’d think a former gymnast would be more graceful… and you’d be wrong. Well, sort of. I’m graceful when I need to be. I could dance and flip my way through an entire floor routine, and then I’d stumble while walking over to the drinking fountain.

On the way home the second time around, my mom and I took the long way through the Shields Valley, a very rural area of the state that lies east of the Bridger Mountains and west of the rugged Crazy Mountains. 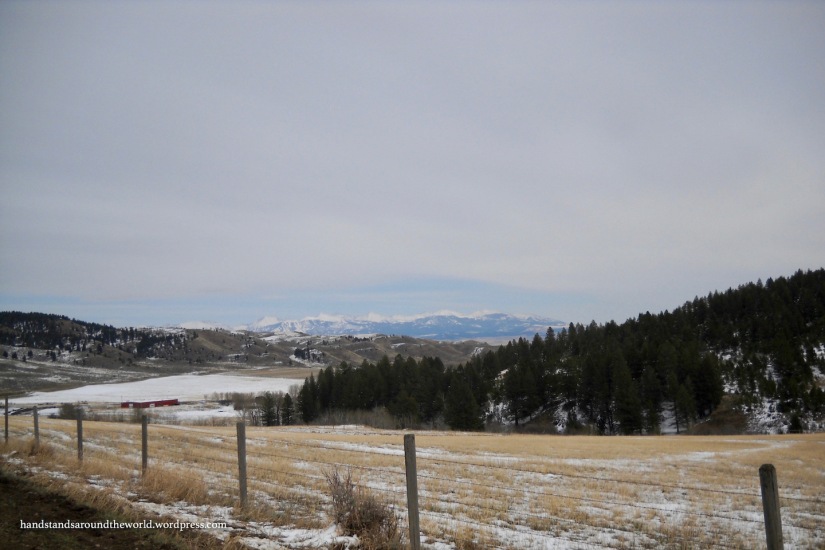 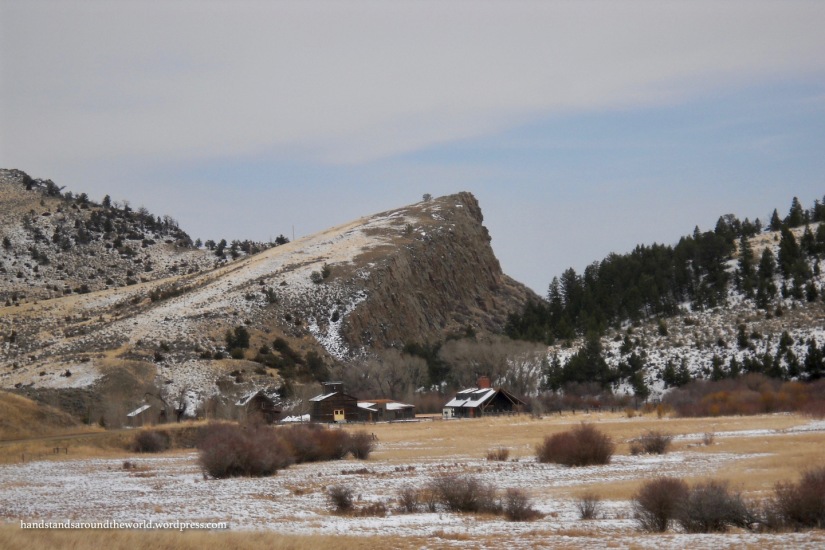 More recently, we discovered that Hyalite Canyon is also a fun place to ski. I’ve written quite a few previous posts about Hyalite Canyon so I won’t go into detail here. 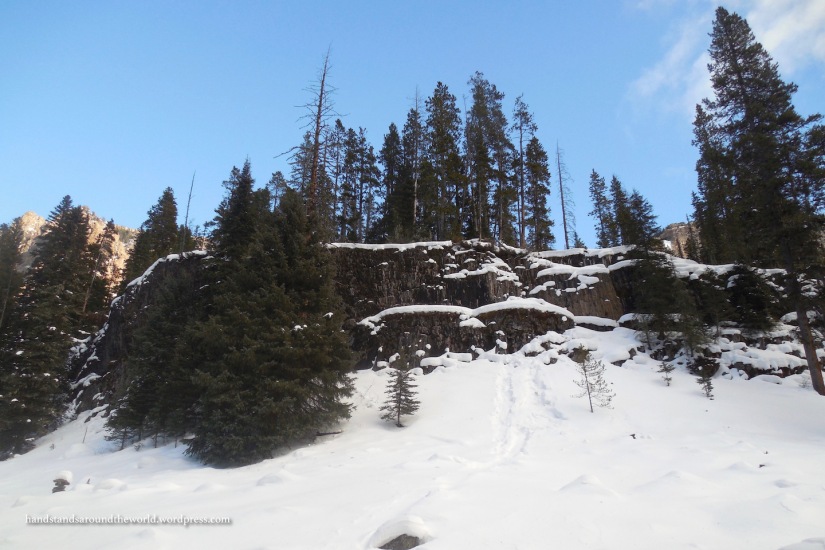 I’m always going to be a warm weather person; there are just so many more adventures to be had once the snow melts. But I do enjoy cross country skiing and we always make a point to head out with our skis when we’re all home for the holidays.

To read about more of my skiing adventures – this time in Yellowstone – click here and here.

3 thoughts on “Exploring Montana on Skis”