After two wonderful days exploring the south rim of the Grand Canyon, it was time to pack up and head to the north rim. From Mather Campground, we followed Desert View Road east out of the park, stopping at the viewpoints we’d skipped on the way in.

Though Grand Canyon is not known for its archaeological ruins, Ancestral Puebloan peoples lived in the area and remnants of their civilizations are visible. One example is preserved at the Tusayan Museum and Ruin, located 3 miles (4.8 km) from the eastern park entrance on Desert View Road. We stopped on the way out for a quick look around. The ruins date to 1185 AD and are thought to be a small village that was occupied for about 20 years. I took an archaeology class in college, so I understand the basics. But it still amazes me that archaeologists can so specifically determine how old a site is, what it was used for, and how long it was occupied! 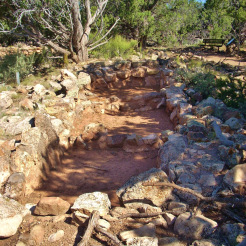 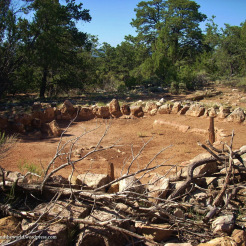 After taking one last glance over our shoulders, we exited the park and began the 200 mile (322 km) drive to the north rim. On the way, we crossed through Marble Canyon, which is actually located within the confines of Grand Canyon National Park. Marble Canyon is cut by the Colorado River and is crossed via a large bridge. The original bridge is now for foot travel only while a new bridge has been built for cars. There is also an interpretive center here. 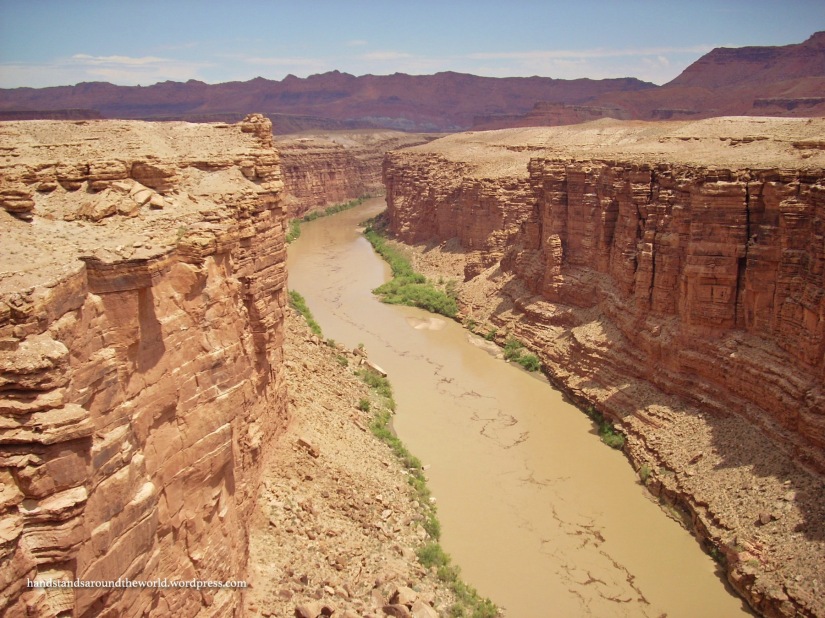 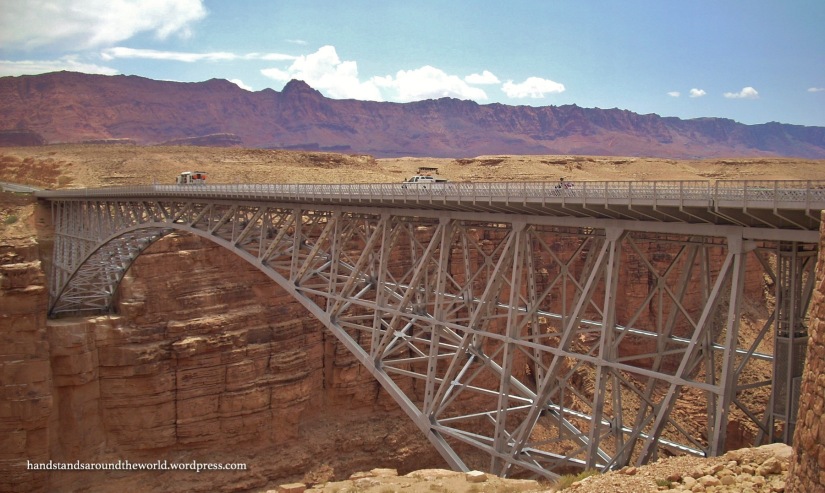 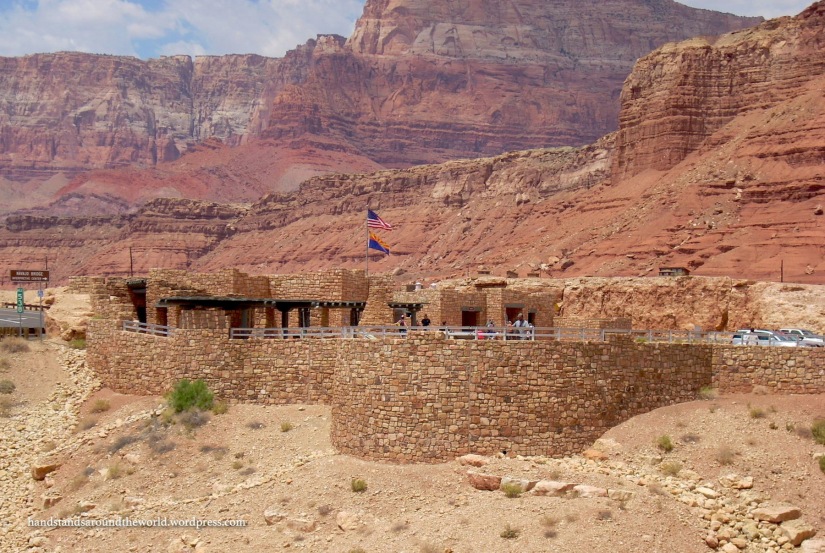 The north rim of the Grand Canyon is higher in elevation (9,000 feet/2743 m) above sea level) and much more primitive and remote than the south rim. The drive in is through forests and a meadow, and we wouldn’t have guessed that the Grand Canyon is up ahead. Far fewer people visit this side of the canyon. It’s a shame, because it’s very different from the south rim, but the lack of crowds is probably why I enjoyed the north rim more.

We arrived late in the day and had just enough time to set up camp, tour the visitor center, and eat dinner before sunset. Montana has some amazing sunsets, but watching the sun sink down over the Grand Canyon was pretty spectacular! 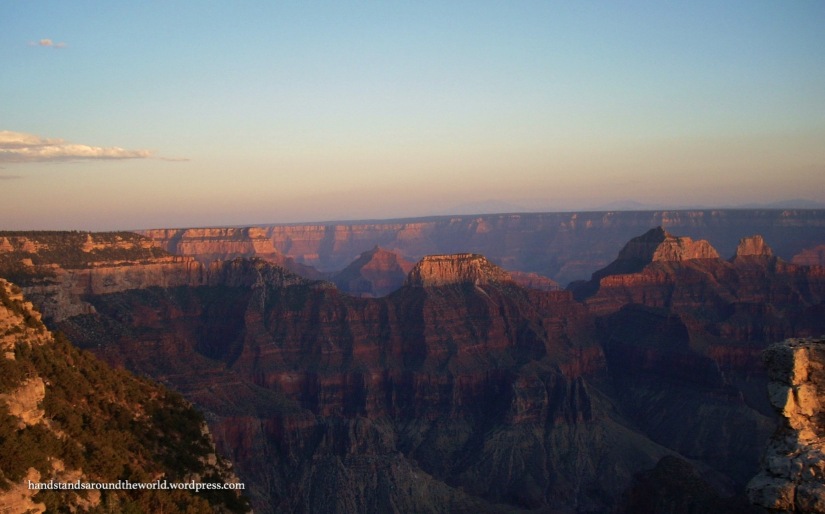 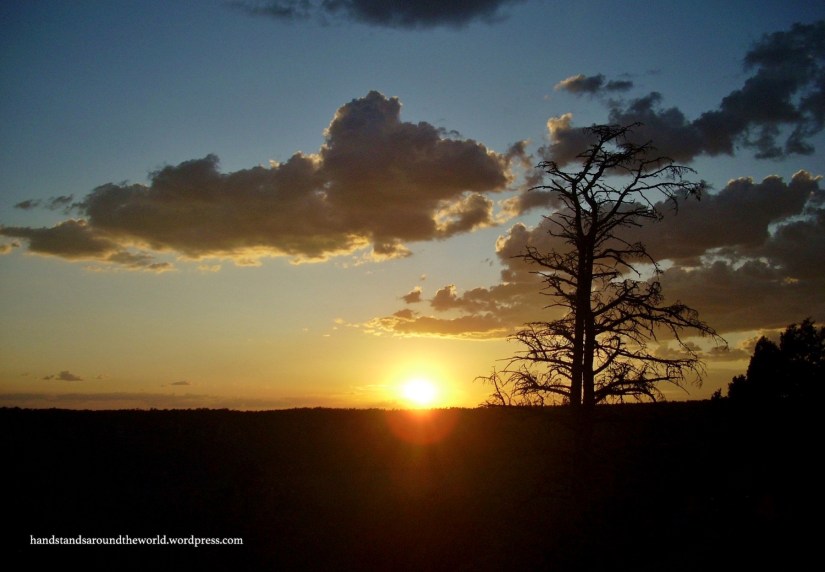 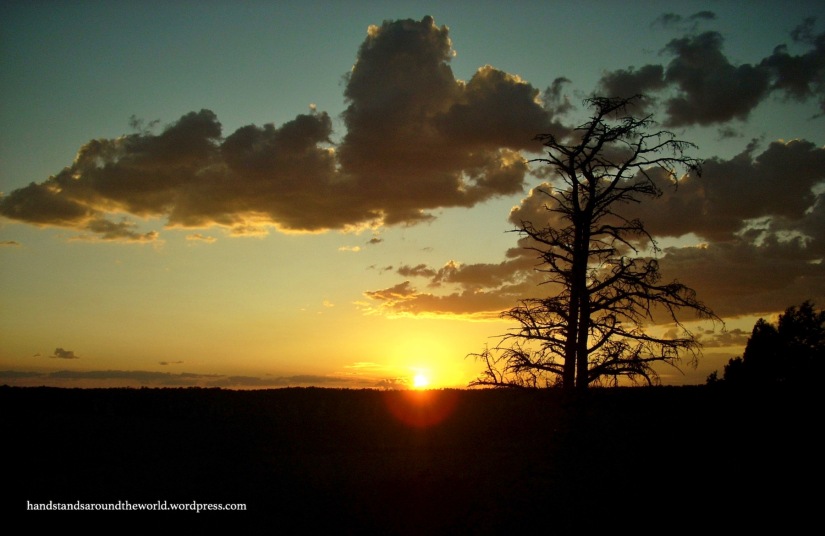 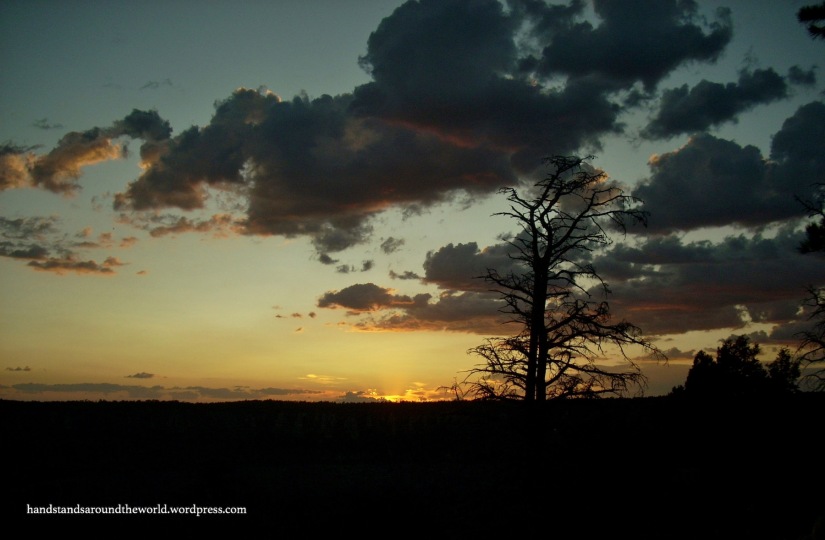 After the last three weekends of hiking on the plains, it was so lovely to be reunited with the mountains today 🏔
This time last week I was upside down on the highest point in Kansas
Happy National Park Week 🏔
Checked a new state (and a new high point) off the list today. 45 down, 5 to go!
Almost three years in Colorado and until today we’d never actually walked all the way around Bear Lake...
In the summer, this is Helms Lake. Today, it was just hell.