I talked briefly about Zion National Park in one of my initial posts, but that was from a trip that took place about ten years ago so my memories were pretty hazy. One thing I did remember, though, was that Zion National Park is home to Angel’s Landing – a red rock mountain that can be summited only via an extremely steep and treacherous trail. As my dad had recently had knee surgery, this was not a trail we’d attempted.

However, my mom, sister, and I were not about to give up so easily. And so, when it came time to plan summer vacation 2009, we made sure to leave space in our itinerary for a return trip to Zion to hike Angel’s Landing.

From our house in Montana, Zion is about an 11-hour drive. Rather than driving it all in one long day, my mom took a half-day off work; we left mid-afternoon and spent the night at a KOA outside Pocatello, ID, about 4 hours from our house. It’s not the nicest KOA I’ve ever stayed at, but it was just for a night so it didn’t really matter. And it meant that we only had a 7 hour drive the next day, allowing us to spend the early evening doing a little bit of exploring in Zion.

Zion National Park is located in southern Utah near the town of Springdale. The main feature of the park is Zion Canyon, a red rock canyon that’s roughly 15 miles (24 km) long and over 1,000 feet (305 m) deep, cut by the small but mighty Virgin River. Zion Canyon is located at the juncture of the Colorado Plateau, the Great Basin, and the Mojave Desert, which gives the park ecological significance in addition to the obvious unique geological features.

Once in the national park, a road leads about 10 miles (16 km) into the canyon, beyond which one must walk up the Virgin River through a narrow canyon to explore any further. This hike is aptly called “The Narrows,” and remains on my to-do list, because when we were there the water level was too high and thunderstorms were predicted so the “trail” was closed due to the risk of flash flooding.

The campground is located along the shores of the Virgin River, above which the red rock walls of Zion Canyon tower over the landscape. This made for excellent views while sitting in our campsite, but also meant that the sun rose later and set earlier than in the non-canyon areas of the park. 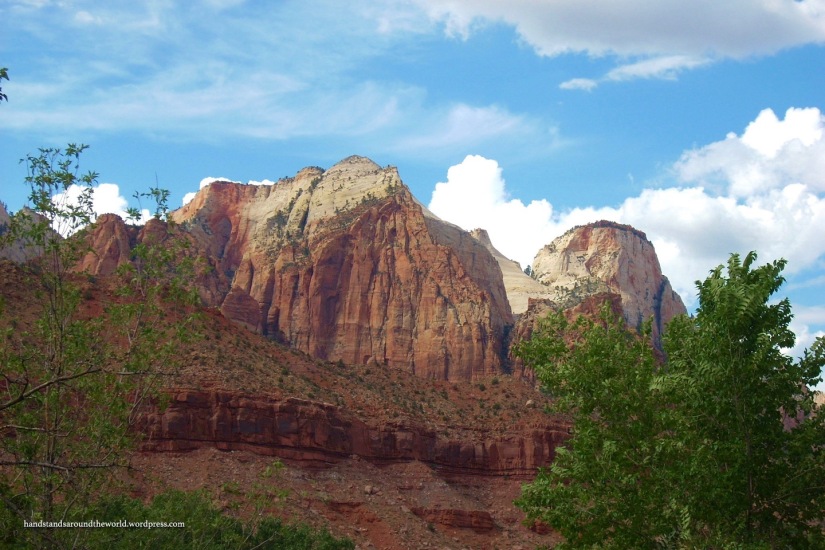 Another important aspect of this area of the park is that the only means of travel beyond the campground and visitor center is via the free propane-powered buses provided by the park service. They run frequently and stop at every attraction, so it’s very convenient and eco-friendly!

For our evening explorations, we elected to hike the Upper Emerald Pool trail, a moderate 1 mile (1.6 km) round-trip hike from the Zion Lodge shuttle stop. At Upper Emerald Pool, a stream of water flows over the edge of an overhang and forms a shallow pool on the ground below. Because we were there in late July, the stream of water was minimal and the pool was more of a puddle. But it was still a nice evening stroll. 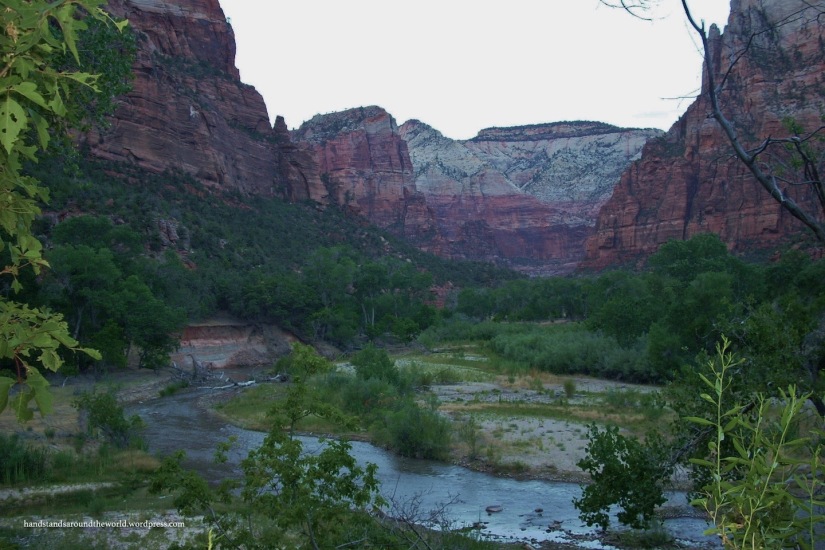 The next day was when we tackled Angel’s Landing, which I will talk all about in the next post. On our way out of the park the following day, we headed east on the Zion – Mount Carmel Highway. This road is initially curvy and steep, and then travels through 2 tunnels, the first of which is 1 mile (1.6 km) long. The tunnel is narrow, thus large vehicles, bikes, and pedestrians are not allowed. 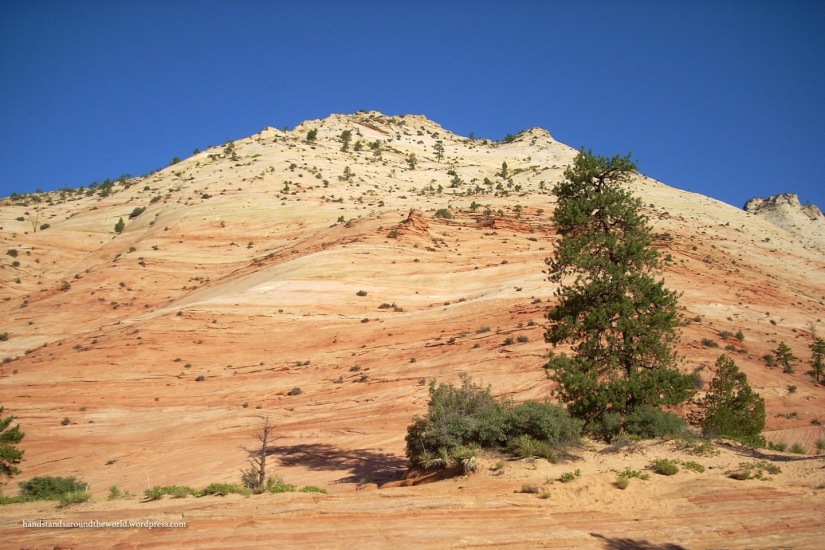 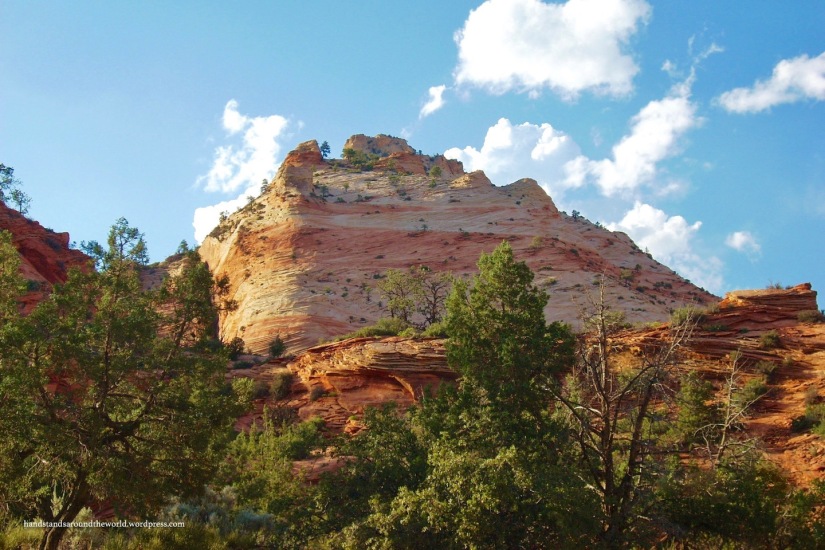 Just beyond Checkerboard Mesa is the eastern entrance to the park. Sadly, our time at Zion had come to an end, so we headed out of the park and began making our way south towards Arizona.

More on that soon. But first… Angel’s Landing!